Scientists make unprecedented detection on a planet 700 light-years away 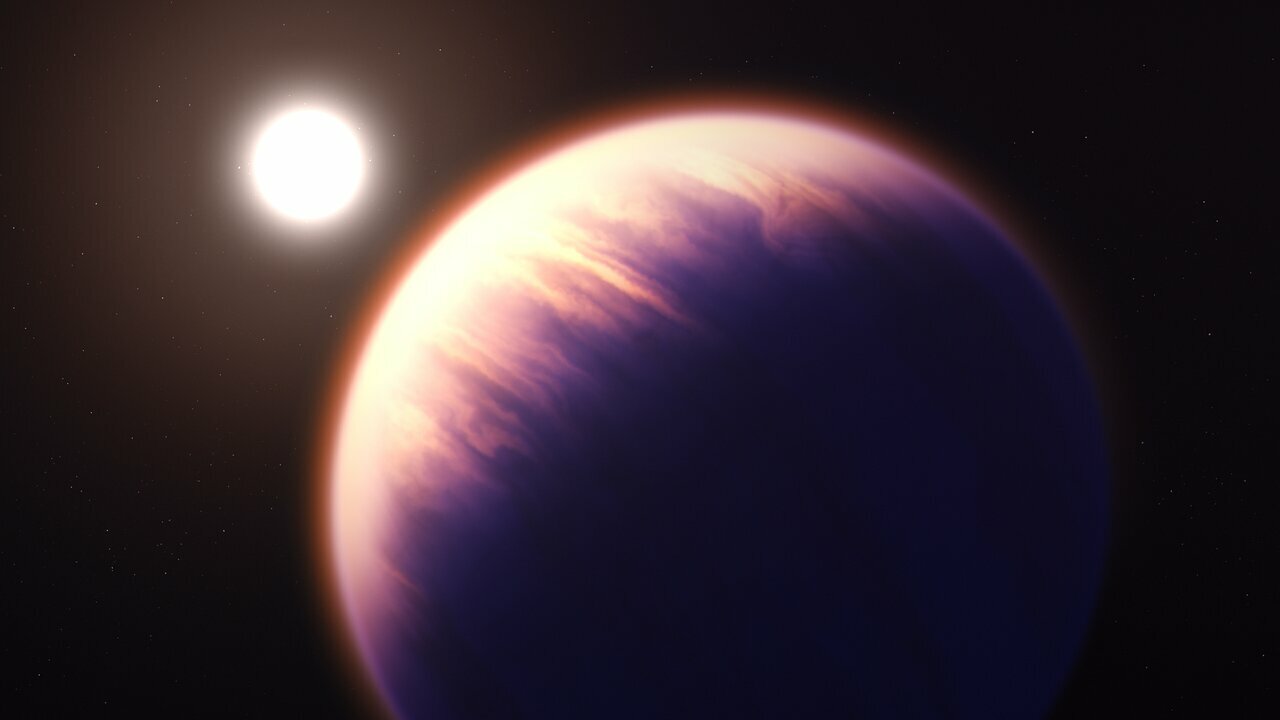 The powerful Webb telescope doesn't need to take pretty pictures to revolutionize our grasp of the cosmos.

Astronomers focused the space observatory — which successfully reached its outpost one million miles from Earth this year — on the Saturn-like exoplanet (meaning planet beyond our solar system) WASP-39 b. It's a hot, gas giant closely orbiting a star 700 light-years away. Previously, scientists used specialized instruments aboard Webb to detect the gas carbon dioxide on this extreme world.

Now, for the first time, they've discovered "a full menu" of atoms and molecules in an exoplanet's clouds, and some are interacting. This latest detection proves that astronomers can peer into the atmospheres of strange exoplanets and decipher what's transpiring or being made chemically — and if these worlds might then contain conditions that could potentially harbor life. (On our planet, atmospheric chemistry, which is responsible for creating the likes of an insulating atmosphere and the protective ozone layer, is vital for life.)

A star's light can often stoke chemical reactions on a planet, a process dubbed "photochemistry." This is what's happening on WASP-39 b.

"Planets are sculpted and transformed by orbiting within the radiation bath of the host star," Natalie Batalha, an astronomer at the University of California, Santa Cruz, who contributed to the new research, said in a statement. "On Earth, those transformations allow life to thrive." (The five research papers showing the discovery are listed in this UC Santa Cruz press release.)

SEE ALSO: What the giant James Webb telescope will see that Hubble can't

Specifically, the Webb telescope found the presence of water vapor, sulphur dioxide, carbon monoxide, sodium, and potassium, among other elements. To detect such molecules on distant planets, astronomers point the observatory at known exoplanets in our Milky Way galaxy. Then, as Mashable previously explained, they do something very profoundly clever:

They'll wait for planets to travel in front of their bright stars. This starlight passes through the exoplanet's atmosphere, then through space, and ultimately into instruments called spectrographs aboard Webb (a strategy called "transit spectroscopy"). They're essentially hi-tech prisms, which separate the light into a rainbow of colors. Here's the big trick: Certain molecules, like water, in the atmosphere absorb specific types, or colors, of light. "Each molecule has a specific diet," explained Néstor Espinoza, an exoplanet researcher at the Space Telescope Science Institute, which runs the James Webb Space Telescope.

So if that color doesn't show up in the spectrum of colors observed by a Webb spectrograph, that means it got absorbed by (or "consumed" by) the exoplanet's atmosphere. In other words, that element is present in that planet's skies. The spectrograph produces lines (designating different types of light), not pretty pictures; but it's a wealth of invaluable information.

The particularly enticing detection on WASP-39 b is sulphur dioxide, which is made when a star's light hits a planet's atmosphere. Using computers, the researchers simulated conditions in this distant atmosphere and determined that photochemistry formed this molecule in WASP-39 b's thick, fluffy clouds. 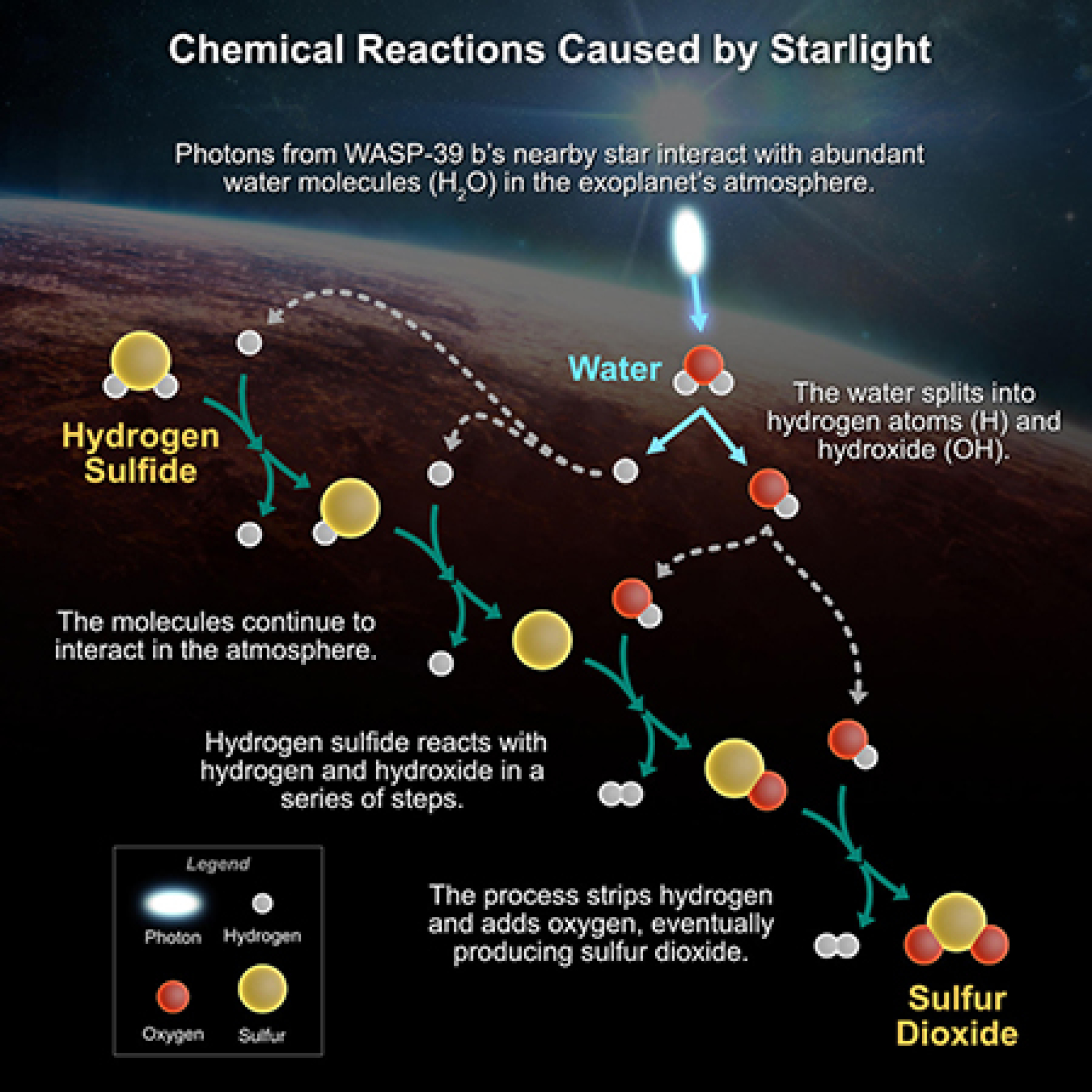 Now, astronomers know they can use Webb to seek out dynamic atmospheres on other far-off worlds in space.

"We are going to be able to see the big picture of exoplanet atmospheres," Laura Flagg, an exoplanet researcher at Cornell University who worked on this research, said in a statement. "It is incredibly exciting to know that everything is going to be rewritten. That is one of the best parts of being a scientist."

Stay tuned. The Webb telescope will peer into the atmospheres of the hugely intriguing Trappist planets, seven rocky worlds that exist in the zone of a solar system that's not too hot or too cold. On some of these orbs, water could slosh around the surface.