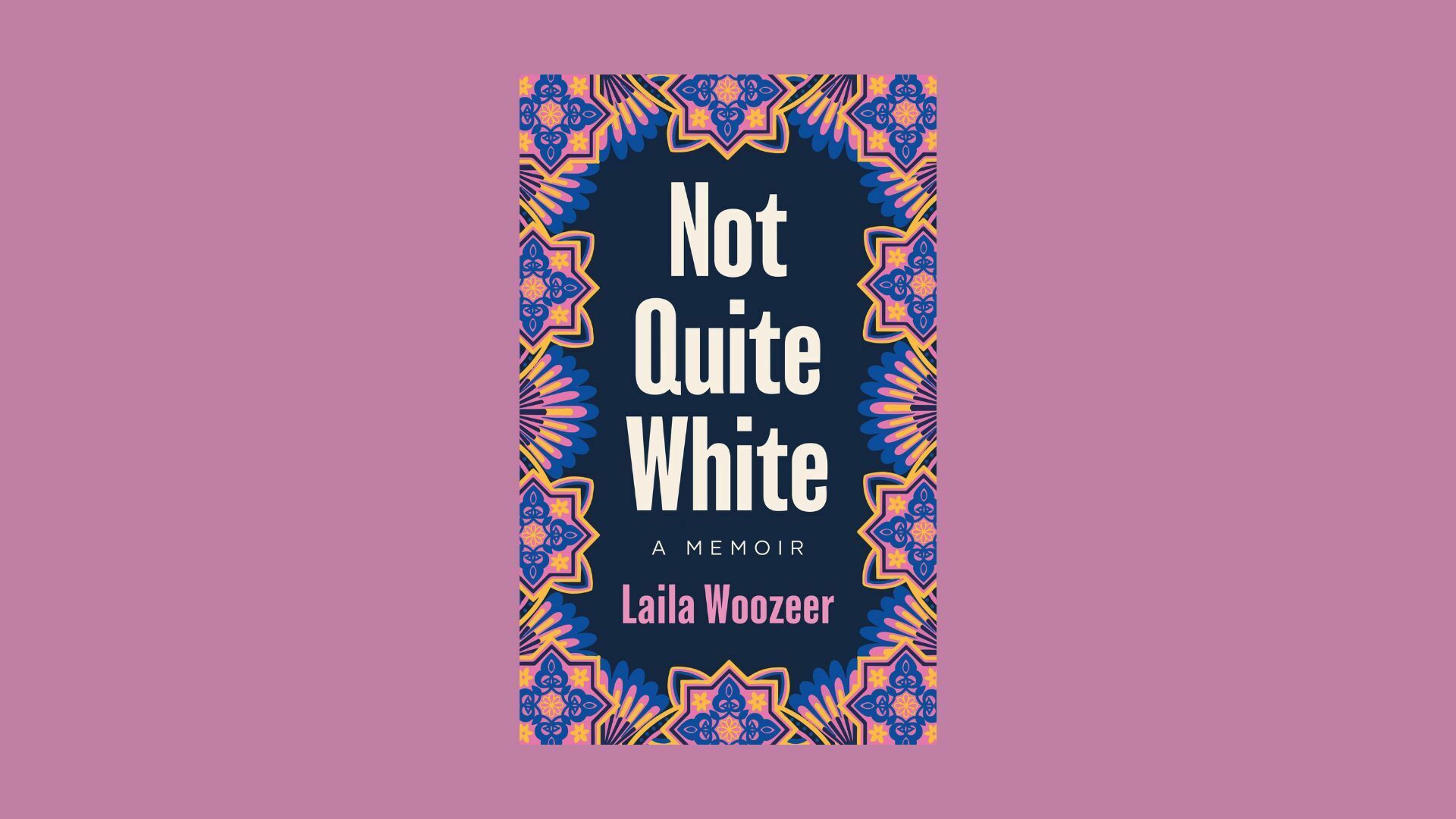 "Being mixed, I am a lot of fetishes," writes Laila Woozeer in their memoir Not Quite White. "From the bashful brown bride to an Aladdin and Jasmine fantasy, and being told I looked exotic, like a holiday, super sensual and wild in bed."

Woozeer — a queer non-binary writer, musician, and author — has penned a book that delves into what it’s like growing up mixed race in the UK.

"In my younger years I was genuinely unclear on whether I was supposed to exist," says Woozeer. "Between confusing messaging from society and a lack of representation in media it was a constant battle for my own sense of self — I wrote this book for the me that undid the damage and gaslighting wrought on me, and I wrote it for everyone else out there trying to will themselves into existence the way I did."

You can read an exclusive extract of Not Quite White below, in which Woozeer shares their experiences of dating and relationships while coming up against casual racism, microaggressions, not to mention fetishisation.

By 2015 the 'in' look had become tanned skin, thick eyebrows and long dark hair. Because white girls achieved this via fake tan, make-up, extensions, falsies, and cosmetic surgery, it wasn’t understood that people also naturally look this way. Questions came at random, inopportune moments. I’d exit a sweaty, overcrowded toilet and hear where’re your falsies from? directed to my bare eyelashes. Once at a house party, a girl couldn’t believe I didn’t have extensions, asking me to flip my hair over so she could see where it was actually connected to my head; showing others, running their hands along my scalp. Another time a white woman looked over at my bare stomach, asking, "Wow, you’re really that same colour all over?" Yes, were others not?

The idea I’d altered my appearance wasn’t offensive. What frustrated me was people actually did not believe me — crudely checking for themselves. Brown women in the media were glamorous: Priyanka Chopra, Jameela Jamil, Hannah Simone — slender silhouettes and long glossy hair. Meanwhile, at 25, my 'style' extended to jewellery that didn’t need taking off, charity shop clothes, and the occasional vintage dress. Makeup was limited to flicky eyeliner on gig days, and outside of auditions, my hair did whatever it wanted (mostly moult). I sat out eyelash glue and bronzer conversations because I had nothing to add — but I was seen as too proud to join in, or too secretive to disclose my secrets. Girls’ bathrooms get held up as bastions of sisterly support: when filled with white women I found them hostile.

SEE ALSO: Nearly half of Americans don't know what 'fetishization' is, according to Bumble

Potential suitors (i.e., randoms we met on nights out) threw me nicknames and comments; who I looked like, stereotypes, or 'assessment' type questions that would not have been out of place on an Equal Opportunities form. People in clubs would yell Hey Pocahontas, bravado-fuelled strangers in kebab shop queues called Oi Tigerlily, I bet you taste of caramel.

Dating apps were even more of a shitshow. The majority of my opening messages were something like: 'Hey Laila, can’t tell where you’re from' or 'Just wondering what colour you actually are??!!?' I’d seen my friends automatically swipe off a 'weird name' so knew what was playing out at the other end of my weird name. I believed if I wanted to date, I had to put up with a certain amount of crap. People who made no comments whatsoever were ... well, they weren’t. It came from white people and people of colour. As finding somebody with no preconceived ideas was impossible, I figured it was a question of what I’d put up with in exchange for love (or at least somebody to split a Netflix account with). The whole thing was an absolute shambles. 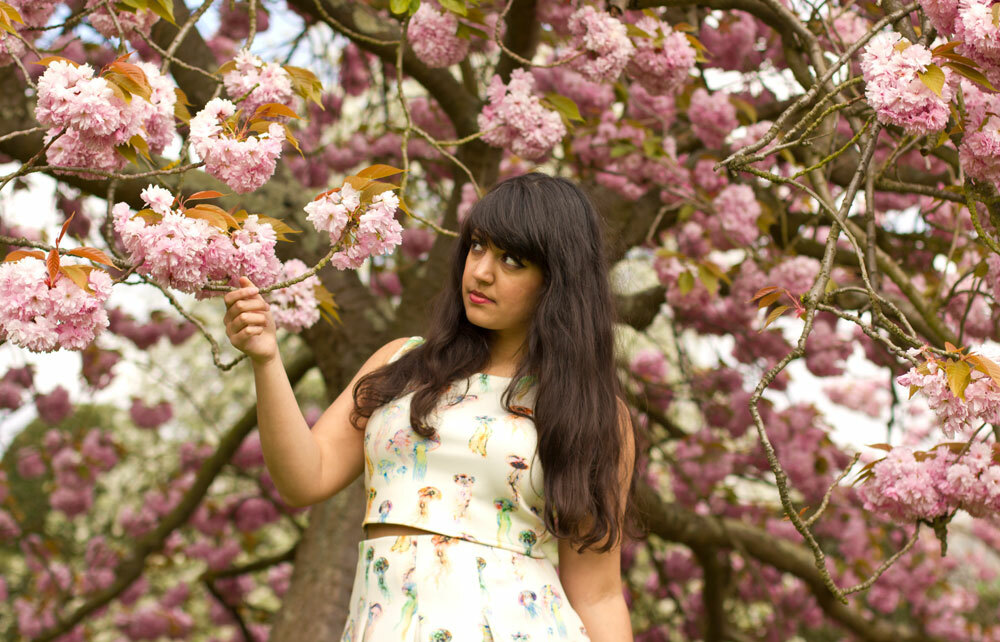 Laila Woozeer, author of "Not Quite White." Credit: Simon & Schuster

I rarely engaged in relationships or even actively 'dated,' ostensibly because I was work-focused. Also, even if you did find someone with good chat that didn’t look like a serial killer, who could be arsed with the gradual spiral of giving up that was dating? Instead, I revolved around people who came into my life organically — friends of friends, colleagues from gigs, people at house parties. Dates arrived in my life like piecemeal temp jobs: brief, unfulfilling, and passed on from people I already knew. People who hadn’t met me had too many preconceived ideas for me to work through. I’d stick with known people who wouldn’t project all their weird biases on to me.

"Dating apps were even more of a shitshow. The majority of my opening messages were something like: 'Hey Laila, can’t tell where you’re from' or 'Just wondering what colour you actually are??!!?'"

Or so I thought. Turns out if they know you, it’s worse. Same weird biases, same promises of 'I’ll be with you forever' after mere weeks, way more weird fetish projection. I had a few months of sort-of dates with a white guy from work who initially made comments about me being 'exotic' and 'like a holiday' — nothing new there then — but I figured this would drop off if we got to know each other. Instead, he would detail further how he’d fancied Indian women growing up, how his favourite food was Indian, how he thought Indian women were more sexy — one time eagerly asking if I had any ‘costumes’ in my wardrobe. He put on Slumdog Millionaire; I turned it off after 15 minutes due to an excruciating awkwardness I couldn’t then articulate. Another time, I made dinner for us — curry, his request — and as we sat down, he disclosed a long-held fantasy he had about getting home from work to an Indian meal cooked by his bashful brown bride. I was still placing food on the poky table when he launched into this spiel. What do you say to that?

Another white guy, a friend's friend with whom I shared an even briefer situationship, told me he had a 'saving people' thing. In his words, "like Harry Potter, but more Aladdin." He was ecstatic we might date, staging increasingly elaborate ways to ask me out: he'd been waiting and now, here I was, waiting to be rescued! He'd show me the world the way Aladdin does for Jasmine. You can be my princess. I'll save you.

At the time, the obvious thing was to say yes and just go out with him — you know, why not? He liked me, friends were supportive, it was the least problematic thing I'd heard that week. But something stopped me: maybe the sacrilegious Jasmine thing (turning my childhood heroine into a come-on? Gross!), or maybe optics. He was unemployed, living at home; I was a grant-winning musician. What was he saving me from? He knew the racism I faced in work but deduced the issues lay with me, rather than the structure: so, he could save me from myself. He couldn’t see I’d saved myself a thousand times over already. Both times I sacked it off before anything really happened for reasons I can see clearly now but couldn’t verbalise then.

What’s more concerning: That young me assumed this was par for the course in a healthy relationship, or that, at the time of writing, both men have married South Asian women?

Not Quite White by Laila Woozeer (£16.99, Simon & Schuster) is out today and is available from Amazon and all good bookshops.