10 best classic movies on Hulu for when you're feeling nostalgic Sure, Hulu's got a great catalogue of current and recent TV hits, not to mention a pretty impressive originals lineup of its own. But sometimes, you're in the mood for something more classic — a feature film that's stood the test of time, say.

That's where we come in to help. We've scoured Hulu to find the best old movies from a range of genres, from action-packed Westerns to outrageous comedies, stirring sci-fi, and thrilling crime dramas.

Below is our list of the 10 best classic movies on Hulu, listed in order of release.

Hulu boasts a surprisingly decent selection of classic Westerns from over the decades, as you'll see on this very list. One to seek out is Anthony Mann's The Furies, a Criterion-approved psychodrama starring Barbara Stanwyck as a strong-willed heiress to a sprawling New Mexico cattle ranch and Walter Huston, in his final role, as her equally strong-willed father. The two lock horns over her choice of a husband and his choice of a wife (yes, Freud would have a field day), and ultimately break entirely over a fatal decision regarding management of the ranch itself. If you like sprawling Western vistas, shadowy film noir style, and epic Shakespearean family drama, The Furies is one to put on your to-watch list. — Angie Han, Former Deputy Entertainment Editor

How to watch: The Furies is streaming on Hulu. 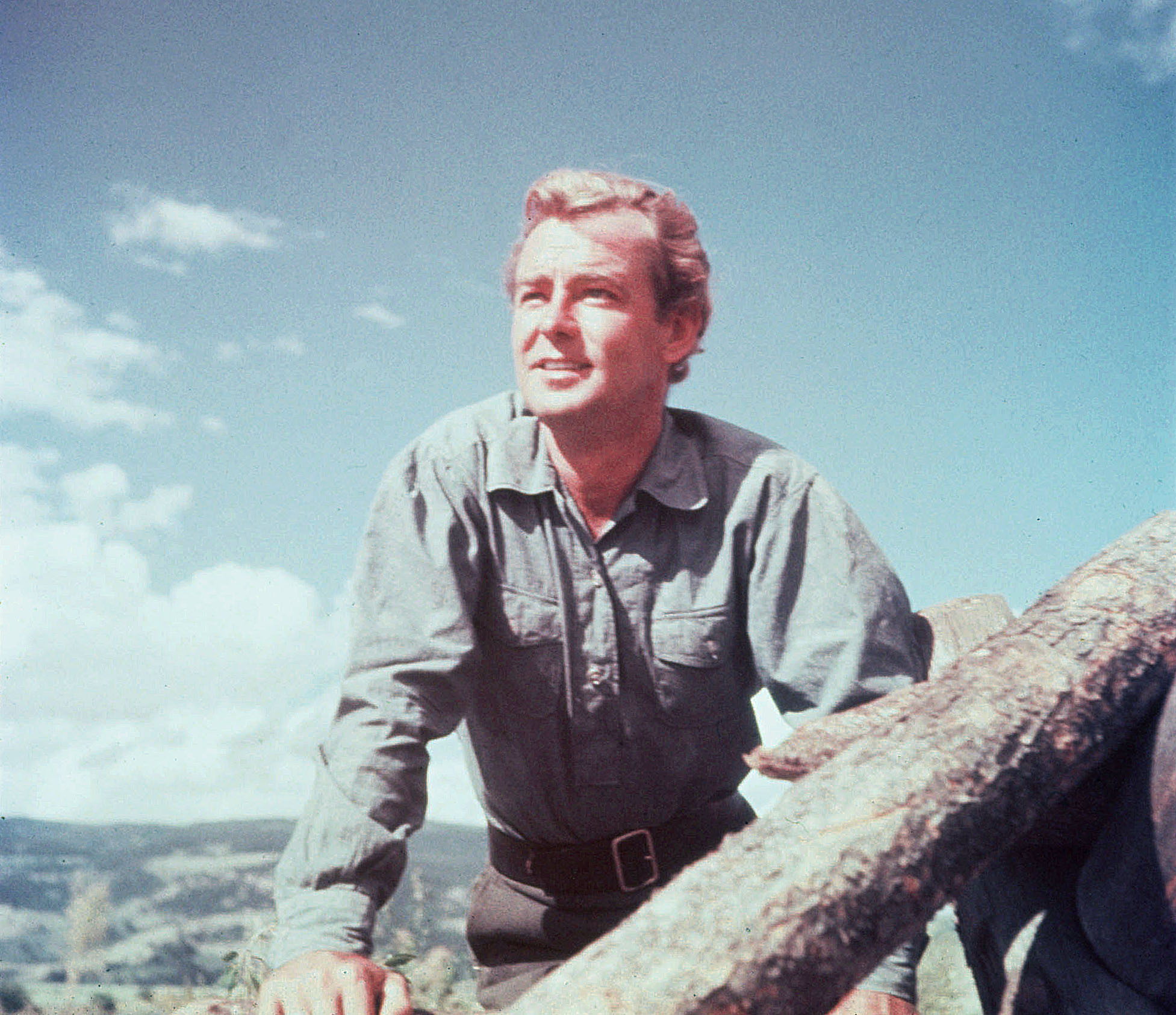 Shane is a simple Western story at heart: A lone gunman who just wants to settle into a quiet life of retirement finds himself compelled to step up and protect the farming community that embraces him from a villainous cattle baron. But there's depth in the writing here, imbuing that simple format with an unexpected level of emotional complexity and depth.

We witness Shane's (Alan Ladd) journey secondhand, through the eyes of a community and in particular a young child named Joey Starrett (Brandon De Wilde), who reveres him. When Rufus Ryker (Emile Meyer) rolls into town intent on taking the local farmland for his cattle, Shane picks up his guns to once more assume the role of outlaw hero. Even if it costs him everything.

Beautifully shot and propelled by a rich cast of characters, Shane earns every inch of its status as a Library of Congress-sanctified classic.— Adam Rosenberg, Senior Entertainment Reporter

How to watch: Shane is now streaming on Hulu. 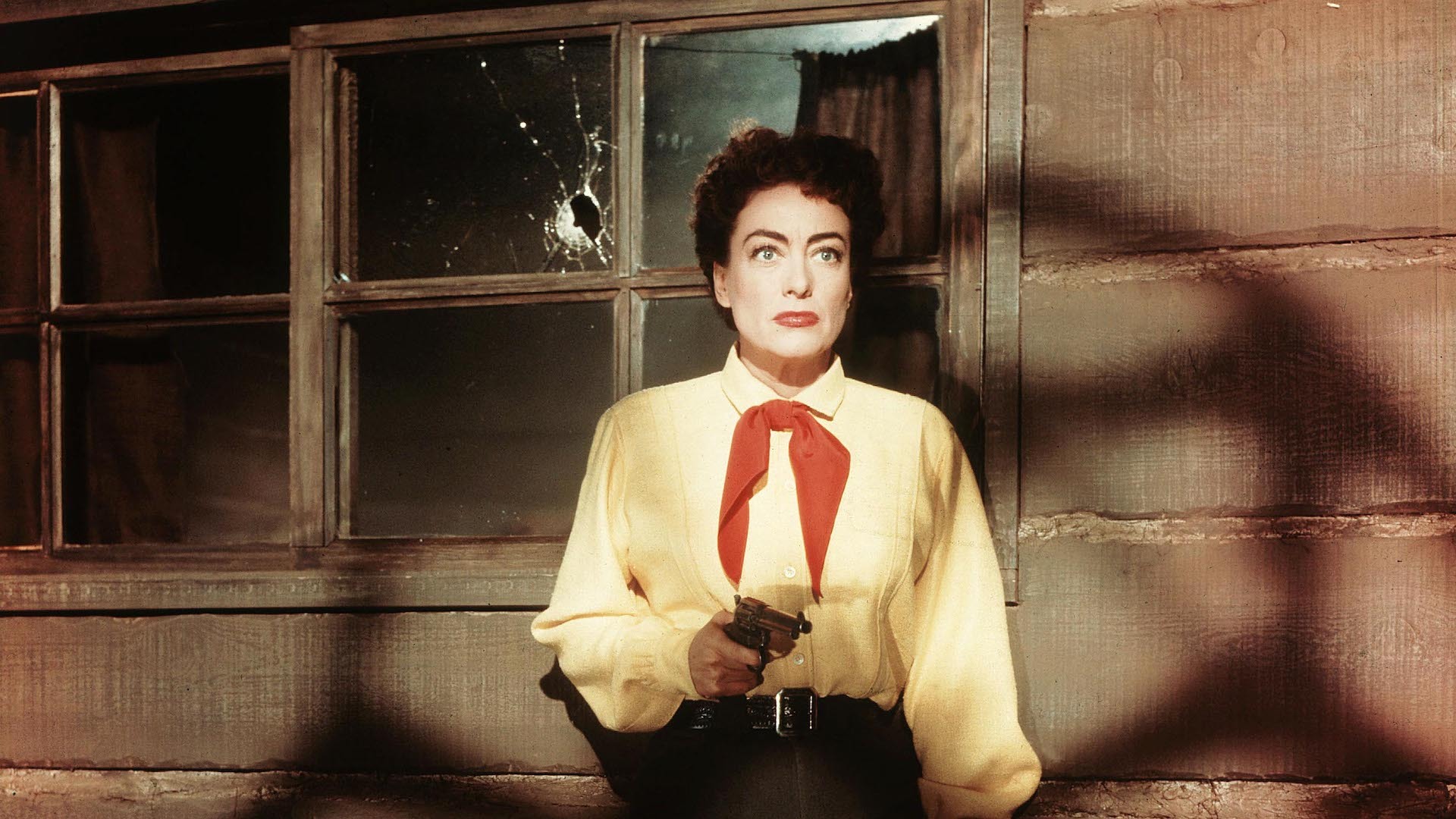 Though Nicholas Ray's Johnny Guitar takes its name from the handsome gunslinger (Sterling Hayden) who arrives in town at the start of the movie, this is really the story of his former lover, saloon owner Vienna (Joan Crawford). Having aroused the animosity of a powerful pack of locals led by her bitter rival (Mercedes McCambridge), Vienna is targeted over her (wrongfully) suspected association with a recent killing, lack of evidence be damned. Brimming with heated emotion, rendered in bold Technicolor style, and anchored by a ferocious leading performance from Crawford, Johnny Guitar is a unique Western whose queer undertones and political messaging still feel fresh, even more than half a century later. — Angie Han, Former Deputy Entertainment Editor

How to watch: Johnny Guitar is streaming on Hulu.

But its main story follows Snoopy and his birdie buddy Woodstock (making his movie debut) on a road trip to reconnect with an old friend. Along the way, these lovable animal besties bumble into misadventures full of physical comedy and punctuated by spirited songs. So if you’re looking for a cheerful walk down memory lane, who better to accompany you than an iconic pup with a big imagination. — Kristy Puchko, Deputy Entertainment Editor

How to watch: Snoopy Come Home is streaming on Hulu. 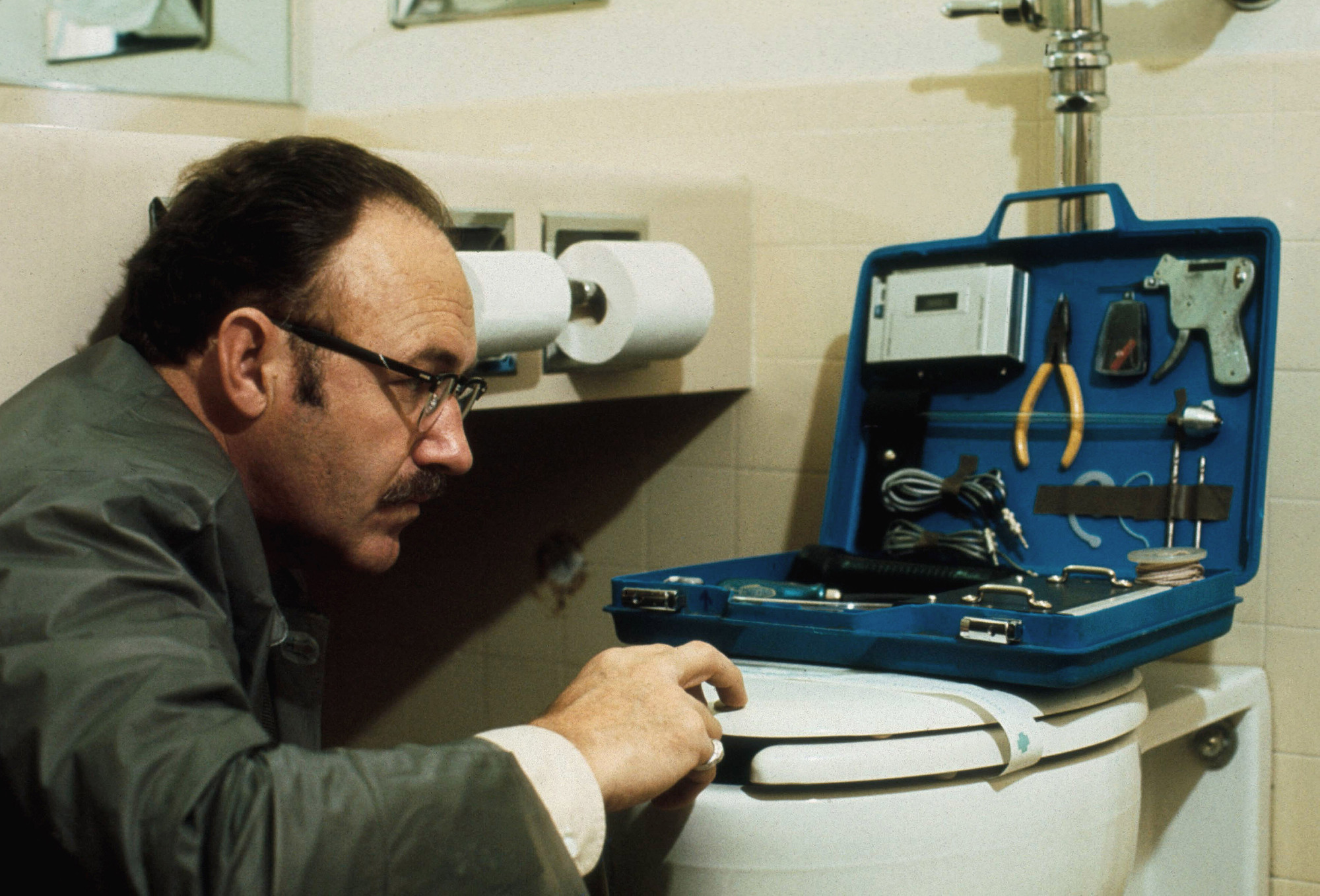 Gene Hackman as  Harry Caul in "The Conversation." Credit: Moviestore/Shutterstock

Sometimes the difference between life and death can hang on a single word.

No one understands this better than surveillance expert Harry Caul (Gene Hackman), who has been hired to record a conversation between a couple as they stroll around a San Francisco park. A paranoid and isolated man by nature, Harry becomes obsessed with understanding who this couple is and what they meant by what was said.

But in chasing down the motive of his mysterious client, he steps out of the shadows and into an uncomfortable spotlight. That move might be his last. A supremely suspenseful mystery, this classic from writer/director Francis Ford Coppola has wowed audiences, critics, and the Academy, boasting three Oscar nominations, including a nod for Best Picture. — Kristy Puchko, Deputy Entertainment Editor

How to watch: The Conversation is streaming on Hulu. Tim Curry delivers a career-best as Dr. Frank-N-Furter, with co-stars Susan Sarandon, Barry Bostwick, Nell Campbell, Meat Loaf, Patricia Quinn, and co-screenwriter Richard O’Brien. To this day, Rocky Horror is the film with the longest history of cinematic showings and remains a blueprint for interactive screening experiences. You know, “Use a fucking fork, you Marine!” “Use a Marine, you fucking fork!” That kind of thing. — Alison Foreman, Entertainment Reporter

How to watch: The Rocky Horror Picture Show is streaming on Hulu. 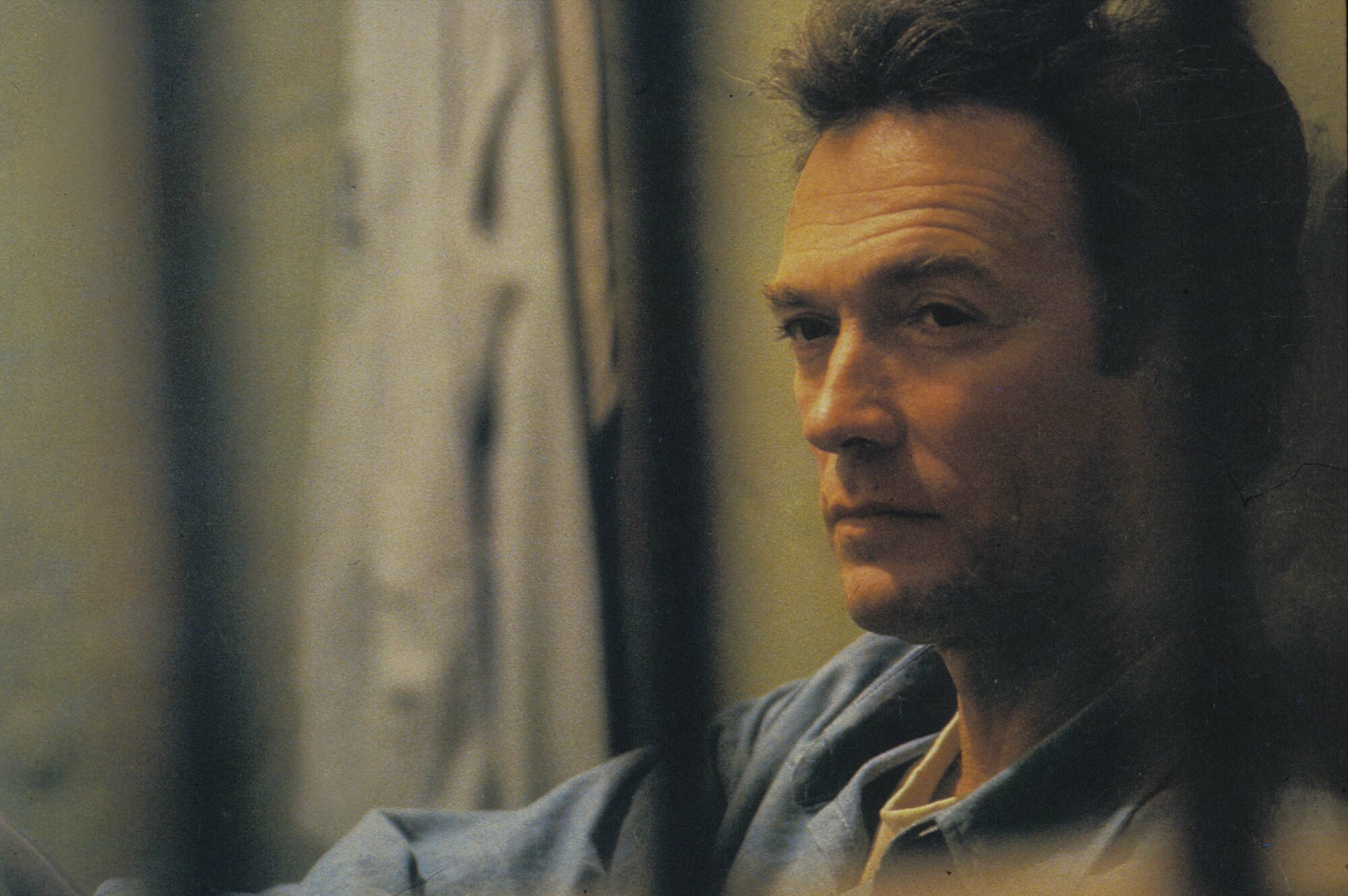 Based on an audacious real-life jailbreak, this classic action film stars Clint Eastwood as a convict as tough as he is clever. Frank Morris has a long list of offenses and a string of escapes on his record. So as soon as he arrives at a high-security prison, he’s searching for a way out. But the prison’s bars, guards, and regulations aren’t the greatest obstacle.

Alcatraz sits on an island far off the shore of San Francisco. Can Frank and his friends (Paul Benjamin, Jack Thibeau, Fred Ward, and Larry Hankin) make their way to freedom through the freezing waters on a homemade (well, cell-made) raft? Director Don Siegel brings a snarling edge to this tense tale of hardened men, yearning for freedom. — Kristy Puchko, Deputy Entertainment Editor

How to watch: Escape from Alcatraz is streaming on Hulu.

Choosing a "best" Star Trek is always a fraught issue, but if there's any safe pick to be made then The Wrath of Khan is it. Featuring the original series cast in their second big screen outing, Khan throws back to a Season 1 episode that first aired in 1967. That episode introduced Ricardo Montalbán as Khan Noonien Singh, a villainous figure from the fictional Eugenics Wars of Trek's late '90s.

In the episode, we learn how Khan and his gang of genetically engineered superhumans escaped an Earth that wanted them dead, plunging themselves into cryogenic stasis. The Enterprise crew wakes them up and not-so-nice shenanigans ensue soon after. The episode ends on an ambiguous note, with Captain Kirk leaving Khan and his crew to scrape out a new existence on an uncolonized and inhospitable world.

The Wrath of Khan picks up 15 years later, with Khan and his crew finding a way to escape after enduring years of painful hardship. The ancient Earthman still has a bone to pick with Captain Kirk and his friends at Starfleet, and he'll stop at nothing to have the final word. The Wrath of Khan is Star Trek firing on all cylinders, and while its "best" status within the series is debatable, it's still worth sitting down to watch. — Adam Rosenberg, Senior Entertainment Reporter

How to watch: Star Trek II: The Wrath of Khan is streaming on Hulu. 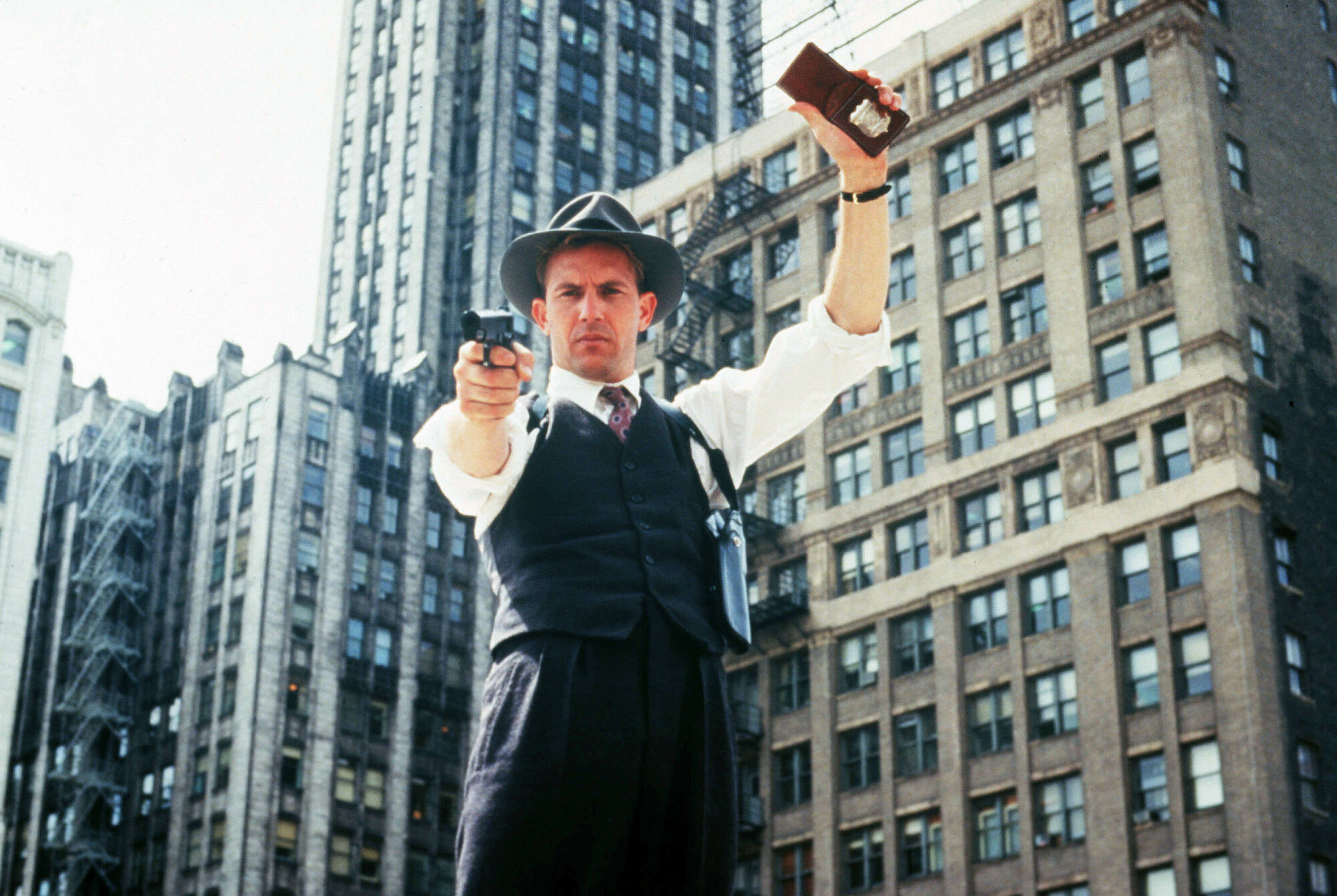 Kevin Costner is tough on crime in "The Untouchables." Credit: Paramount/Kobal/Shutterstock

In 1930 Chicago, Prohibition made bootlegging big business. Al Capone was the city’s merciless kingpin, holding the civilians and the police force in an iron grip. To take down this notorious gangster, agent Eliot Ness brought together a motley but brave crime-fighting squad known as the Untouchables.

How to watch: The Untouchables is streaming on Hulu.

The '80s teen comedy gets a pitch-perfect pitch-black twist in Heathers. Winona Ryder stars as the popular but disaffected Veronica, whose life takes a turn when she falls for bad boy J.D. (Christian Slater). And when we say bad, we mean bad: He's literally a murderer, and gets Veronica involved in a killing spree against classmates who've tried to humiliate her. Heathers' portrayal of the high school experience is so bitingly funny, so sharply observed, that it's never lost its power to draw blood, and probably never will. — Angie Han, Former Deputy Entertainment Editor

How to watch: Heathers is streaming on Hulu.