Man Lives With Mobile Phone in His Stomach For Six Months

An Egyptian man had to undergo emergency surgery to have a mobile phone that he had swallowed six months ago removed from his stomach.

In a first-of-its-kind case in Egypt, doctors at the Aswan University Hospital in the city of Aswan performed an operation to remove a small mobile phone that had been inside a man’s intestines for half a year. The patient, an inmate named Mohamed Ismail Mohamed, was brought to the emergency room with severe abdominal pain, and a CT scan revealed that there was a foreign body in his intestines. The man was prepped for surgery, and doctors managed to remove the object which turned out to be a small mobile phone wrapped in plastic foil. 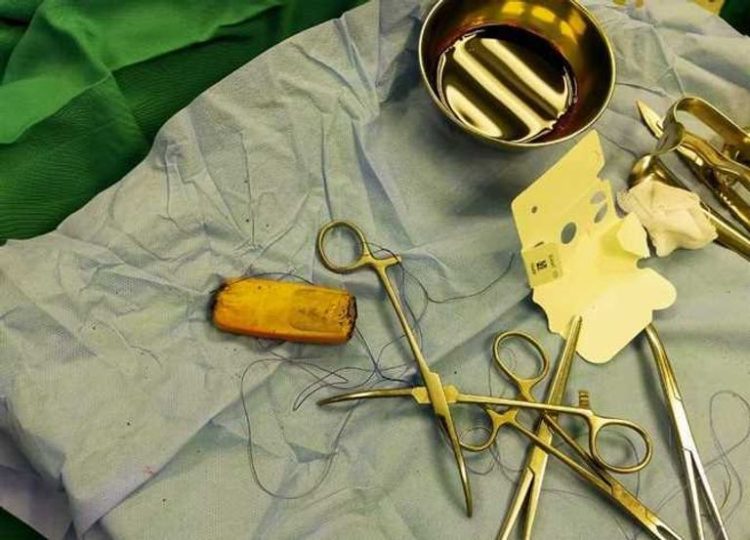