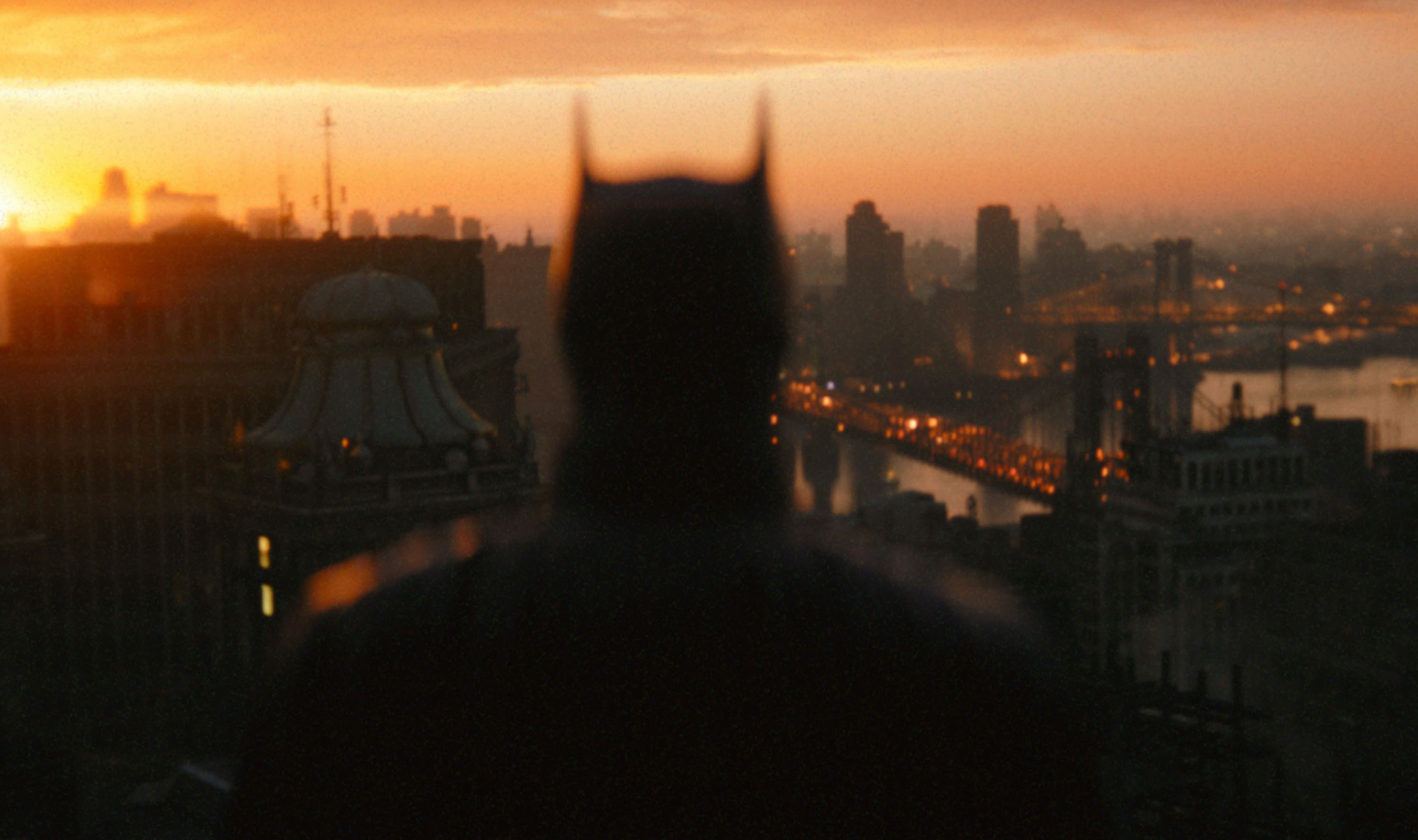 In the new trailer for the upcoming move The Batman starring Robert Pattinson, there are explosions, balls of fire, gritty voiceovers about retribution, and...latte art?

Yep, one of the most talked-about moments involves a cup of coffee. Specifically, an artisanal flat white with a foam pour that depicts Batman villain Riddler's (Paul Dano) calling card: A question mark.

The opening scene of the trailer shows (probably) Paul Dano, who plays Riddler, sitting at the counter of a grimy late night diner. The cops bust in, and he puts up no fight as he's taken into custody. The camera then pans to the coffee mug sitting in front of him, showing the message in the coffee, the question mark.

If latte art could ever be menacing, this is it.

But, of course, the internet has questions. How did Riddler get this latte art? Did he specifically ask the server for it? Or is Riddler himself the artist working at the diner, which would make the man at the counter taken into custody a faker? How did he happen to have a perfectly formed, non-faded question mark latte art in front of him at the exactly moment he was hauled away by the cops?

"I like to think that the Riddler received his latte with just a circle of milk foam on top of his latte and then drew the question mark himself, perhaps with a spoon or utensil," barista Morgan Eckroth, a latte art pro who has 5.4 million followers on their TikTok, @morgandrinkscoffee, said. "Or even with his finger, perhaps!"

Yes, yes, the answer to most of these questions is Because The Movies. But we all know that's not good enough.

Mashable spoke with TikTok baristas Eckroth and Cooke for their takes on the mystery of the question mark latte art.

1) How is the question mark latte possible?

Eckroth: "The latte art that was shown in the trailer is probably not possible through a "free pour". Since the question mark is of a darker color and placed within a circle of milk foam, it would have had to be hand-drawn on top of the milk foam after adding it to the latte. It'd take a good amount of knowledge and steady hands to make something as crisp and precise as what was shown."

Cooke: "The one in the video looks fantastic. Whoever did that had a lot of skill. But for any other barista, you need to steam the milk, pour it into the center to create that big white circle, and then with another shot of espresso, you can spoon around the creamer to make that question mark on the top.

"The funny thing with this latte art, is that normally latte art would be a brown background with a white drawing. But obviously the director really wanted the question mark to stand out, so they've inversed the colors to really make it pop."

2) How do you think this latte appeared before the Riddler just at the right moment before his arrest? Good timing on the barista's part!

Cooke: "He must have been working in cahoots with the barista behind the bar for that coffee to arrive just at the right time.

"The other theory is that the Riddler was a barista in a past life. I can tell you as a barista, making hundreds of coffees a day, you can go a little loopy. So maybe there's a new origin story."

3) How long does latte art last before it starts to lose its shape?

Eckroth: "Latte art will generally begin to lose its shape after a few minutes. I'd say that it's a pretty safe bet to say that your latte art will begin to look very blob-like after five minutes, when the milk and air have really started to separate."

Hmmm, Eckroth's finger drawing method is sounding more and more convincing... Unless the barista was in on it!

4) Did you find it odd that this latte art appeared in what seemed like a dingy diner?

Cooke: "That was my first thought, I'm thinking, do they have an espresso machine? Do they have the equipment to be pulling this? You'd think he was behind the counter at a Stumptown or Blue Bottle."

5) As a master latte artist, how did it feel to see latte art appear in a trailer for a huge new movie?

Eckroth: "It was quite exciting! It's always fun to see an everyday part of my job appear in such a major way in pop culture. While not a traditional latte art pour, I think the shot of the question mark in milk foam was very clever."

Cooke: "If you had asked me beforehand, do you think latte art is going to appear in the new Batman trailer, I'd never think that that was going to be the case."

6) What would you do if a customer (the Riddler??) asked for a question mark in their latte?

Eckroth: "I'd absolutely oblige to the best of my ability! I've actually had customers request designs before and while they're not always possible, it's a fun challenge to do something out of the ordinary."

Cooke: "To be honest, I've been asked to draw a lot worse things. So probably wouldn't think twice about it. However, if the police raided my cafe, I probably think the question mark was a little suspicious. Careful for anyone who gets a question mark in their coffee. If you do, it's probably time to get out of there."