Caterpillar Wears Its Molted Heads as a Bizarre Multi-Tiered Hat

The caterpillar of the Uraba lugens moth is deserving of the nickname “Mad Hatterpillar”, as it stacks the heads of its molted exoskeletons into an intriguing headpiece.

The Uraba lugens caterpillar molds up to 13 times while in its caterpillar phase, but it doesn’t shed all of its previous body parts. It uses some of the empty shells that once housed its head to create a rather impressive tower-shaped headpiece. As the caterpillar grows, so does its head, so each of the empty shells on top of its head is bigger than the next. Every time it molds, the head portion of its exoskeleton stays attached to its body, giving the critter a unique look as well as a handy decoy in the case of an attack. 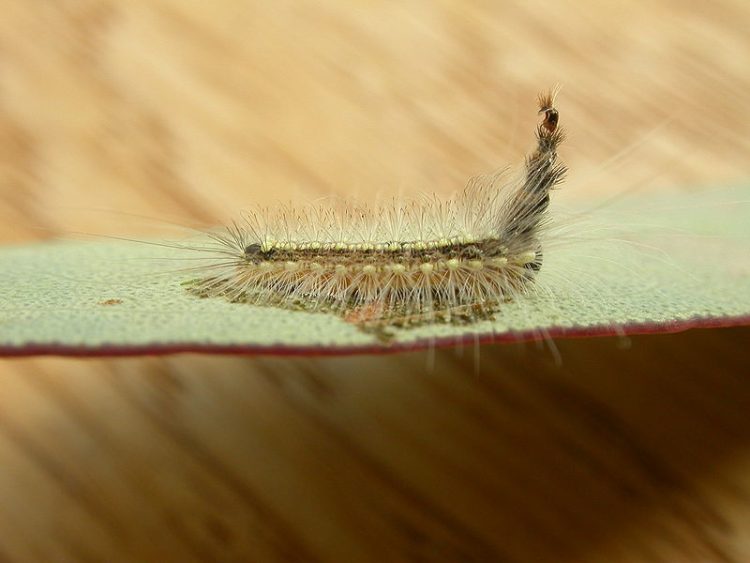