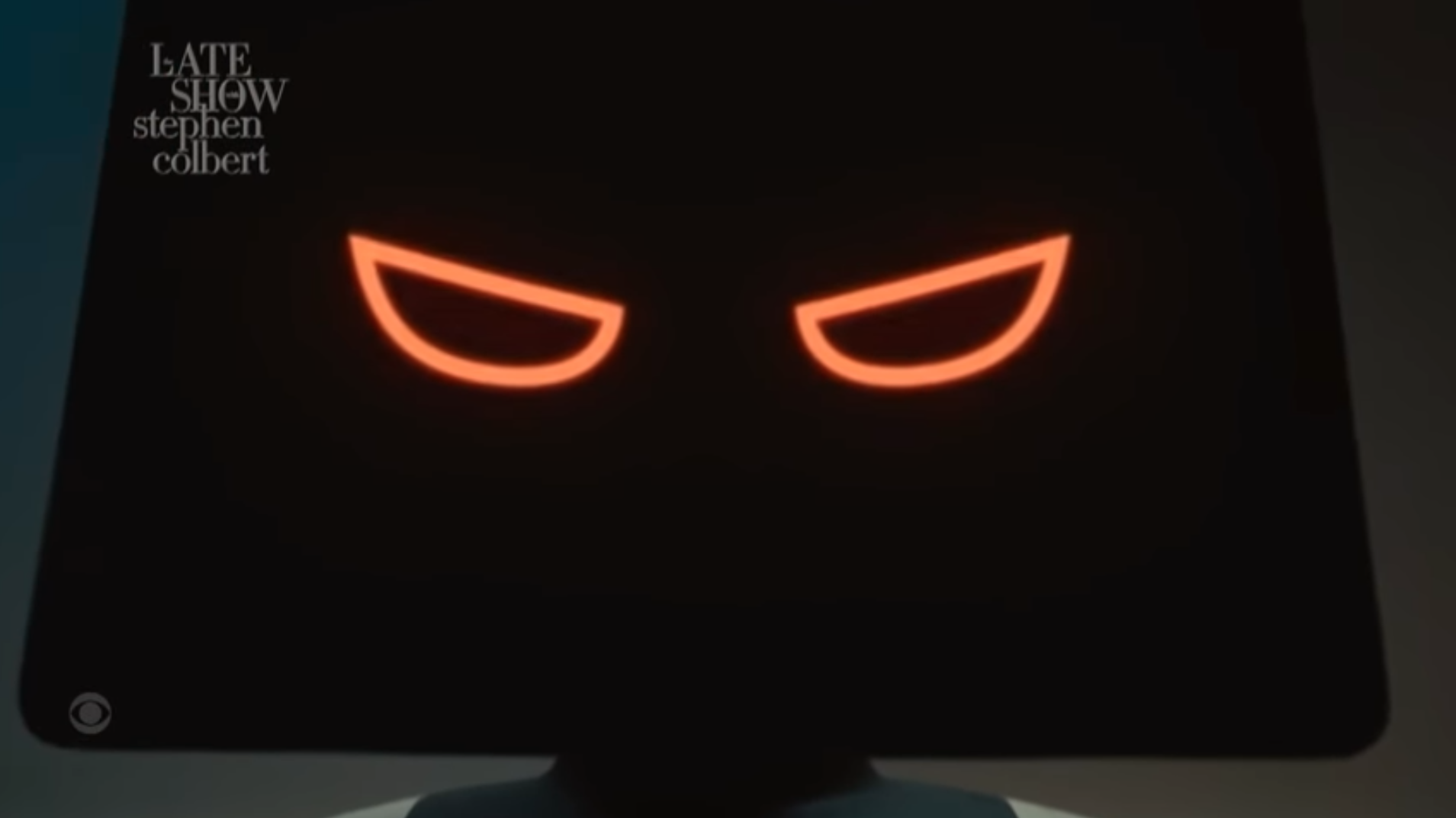 Privacy experts aren't the only ones wary of Amazon's new rolling surveillance robot.

On Oct. 2, The Late Show with Stephen Colbert published a mock ad revealing that under the Amazon bot's clean exterior lurks a dark soul. And your pets better watch out.

That's because in the Late Show's imagination, the robot — which Amazon unveiled on Sept. 28 and dubbed Astro — invades more than just its owners' homes. Rather, it has a sinister side designed specifically to make life miserable for its canine companions.

"Here at Amazon, we believe tomorrow is today," intones the smooth voice narrating the fake Astro commercial. "That's why our product engineers have created the most futuristic new way to terrify your dog!"

The video details Astro's supposed "torment mode," and makes clear that "vacuum cleaners and blenders are now pooch petrify-ers of the past!"

And no, the ad wants everyone to know, this is not an accidental byproduct of thoughtless design — the cruelty is the point.

"The all new Amazon Astro is designed specifically to cause intense emotional anguish for canines," the video happily highlights.

So watch out. And the next time you see one of these surveillance monstrosities rolling toward you considering hiding. Humanity's best friend will be way ahead of you.