You couldn’t tell by looking at its slender, rather frail frame, but the needlefish is one of the world’s most dangerous fish to humans, with multiple cases of injuries and even fatalities reported throughout the years.

A member of the family Belonidae, the needlefish is a piscivorous species whose most distinctive feature is the long, narrow beak filled full of sharp, saw-like teeth. But it’s not the teeth that should worry you – they’re only used to catch smaller fish – but the combination of an extremely pointy beak and incredible speed. Needlefish swim close to the surface of the water and like to jump over obstacles like shallow boats rather than go around them. The problem is that they jump at speeds of up to 60km/h (37mph), and since their obstacles sometimes happen to be humans out at sea, they literally impale them with their long beak, causing serious, sometimes fatal injuries. 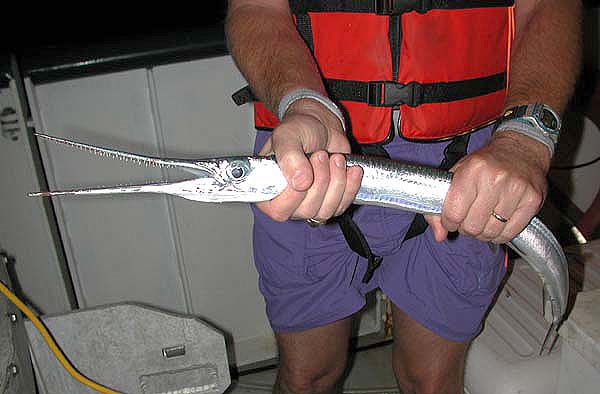