'Nine Perfect Strangers' gave us a glimpse of psychedelic utopia 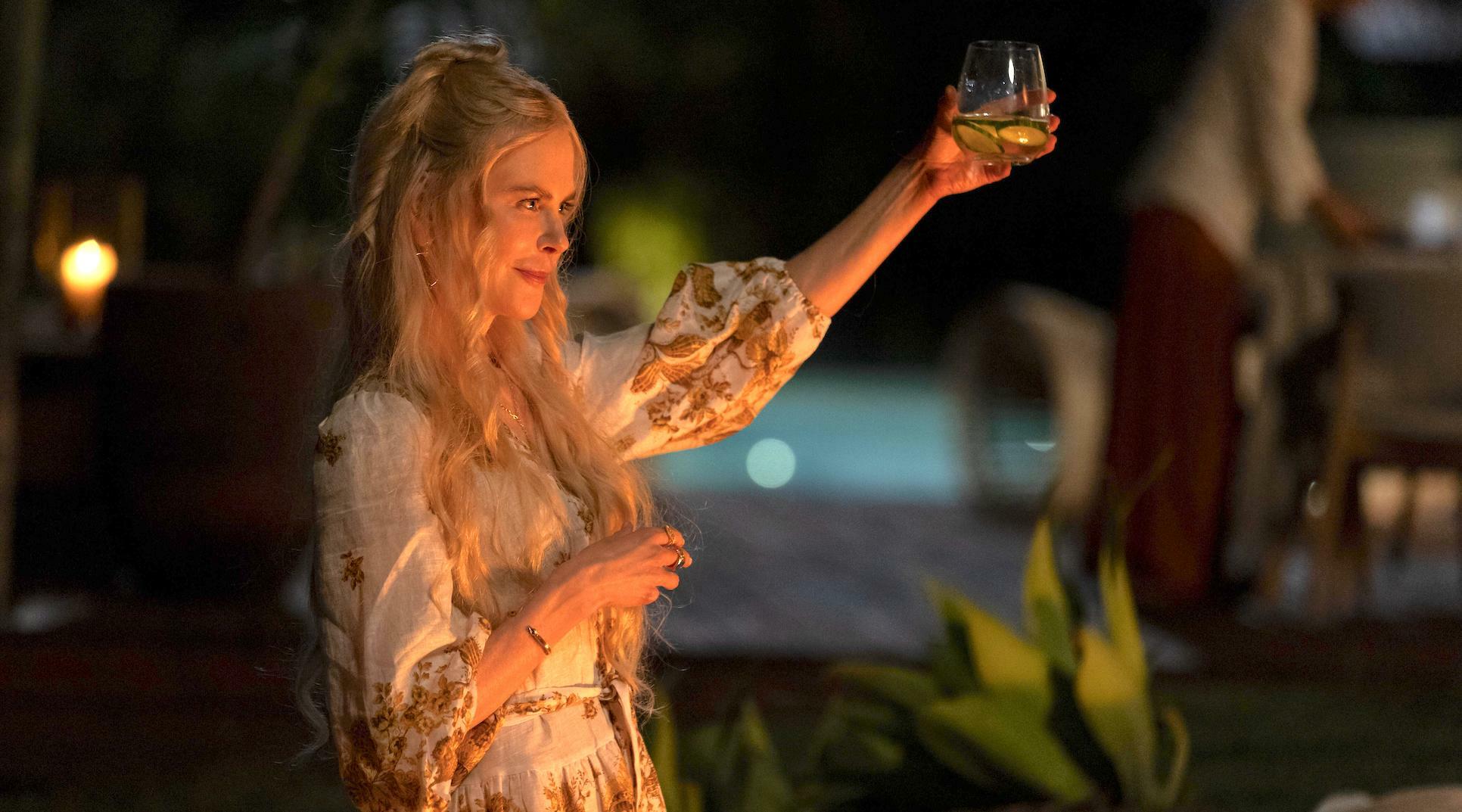 It's not exactly unknown for the TV show of a book to veer off from the original text. But binging my way through Liane Moriarty's 2018 novel while waiting for the finale of Nine Perfect Strangers on Hulu was like entering a parallel universe — and not just because one was set in Australia and the other set in California (though filmed in Australia.)

In both versions, Masha Dmitrichenko (Nicole Kidman), wellness guru of Tranquillum House, mixes microdoses of psychedelics into smoothies for her titular nine guests. (In the book, it's LSD; in the show, psilocybin mushrooms.) But there the similarity ends. While Moriarty has done some research — she notes, for example, that a microdose is one-tenth of a full recreational dose — she's also overly fond of hallucination scenes and ultimately disapproving of all "illegal drugs", a phrase she repeats a lot. Her Masha is more unstable, more entrepreneurial, more divorced from reality, more of a scam artist.

Now look at what veteran screenwriter David E. Kelley has wrought. For most of the run of the show, Tranquilum is presented as a utoptia of microdosing. Every stranger has an affecting shroom-induced catharsis in beautifully shot surroundings. Masha's sin, her hubris in upping the doses, is written off as sympathetic desperation to reconnect with her (new to the show) dead daughter. Despite her inevitable arrest, Masha ends the show on the cover of the New Yorker, where Lars (a journalist now, not a family lawyer as in the book, played by Luke Evans) has written an article called "Psychedelics to the rescue."

Kelley's version catches the mood of a world that is starting to turn on to the benefits of psychedelic-assisted therapy. When governments allow for its study, the evidence continues to mount for the ability of small, carefully monitored doses of LSD, psilocybin, ketamine, or MDMA to overcome PTSD, depression, and anxiety. And governments are softening on the subject. This week alone saw the U.S.'s first funding of a psilocybin study, while a ballot initiative to legalize 'shrooms across California gained steam (they're already decriminalized in Oakland, Denver, Washington D.C. and Oregon).

Not only did Nine Perfect Strangers tell a story in which microdosing mushrooms could alleviate a wide range of conditions, from a football player's opioid addiction to a father's inability to express his feelings to a mother's near-suicidal grief. It also had the guts to go after Big Pharma for being the cause of many of those conditions in the first place. "People are mis-dosed, misdiagnosed all the time," Lars tells Zoe Marconi (Grace Van Patten), whose brother Zack killed himself (we learn) because his asthma medication had a suicidal ideation side effect. "The argument could be made that it's the real doctors that are killing us."

It's not as if this attitude hasn't been swirling in the culture for the past few years. I've written about the LSD microdosing protocol that helped author Ayelet Waldman dump an alphabet soup of prescribed pharmaceuticals, and veteran researcher Paul Stamets' quest to spread scientific research about mushroom microdosing at music festivals. Michael Pollan also deserves credit for popularizing psychedelics in his bestseller How to Change Your Mind.

But Nine Perfect Strangers, which Hulu says is its most watched original drama ever, is on a different order of cultural magnitude. It could be the most effective commercial yet for the benefits of microdosing — so long as we all understand the ways in which Masha's protocol was very, very wrong. 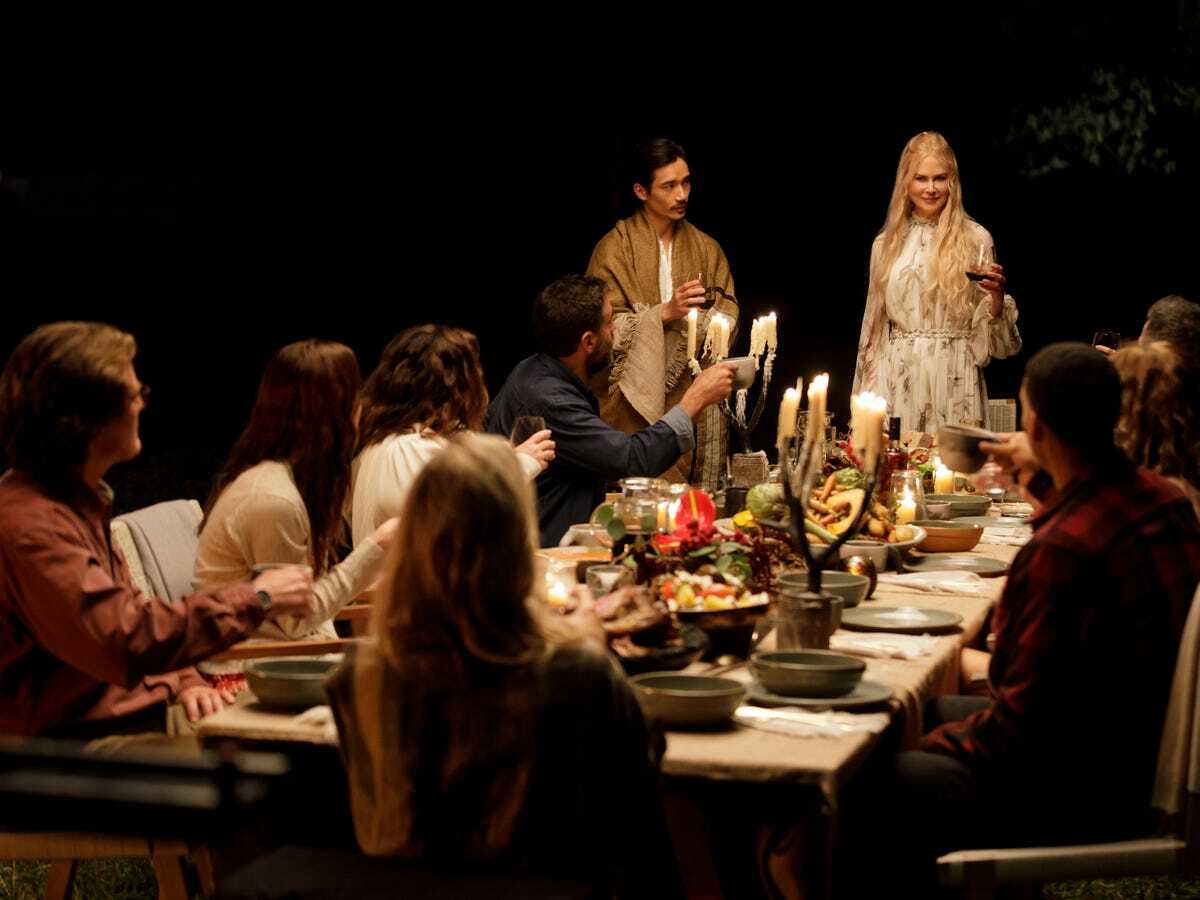 Let's start with the biggest, most obvious mistake Masha makes: microdosing guests without their prior consent. In the book, she explains that this is because the people who are in most desperate need of psychedelic-assisted therapy are the ones most afraid to try it. In the show, she turns the spotlight back on the guests, all of whom have been hiding secrets from her, before inviting Lars to document the whole thing to prove she has nothing to hide.

SEE ALSO: How Hulu's 'Nine Perfect Strangers' is different from the book

Either way, Masha's dumb decision may be necessary to the story — there's really no plot without it. But even from her somewhat twisted perspective, it's counterproductive. You need a good set and setting, as Masha herself says in the finale, for any psychedelic therapy. The patient's mindset going in is all important.

Dosing someone with psychedelics without their awareness leaves them with the nagging sensation that they are not themselves, but no explanation as to why. Negative explanations begin to crowd into their heads. This is the very definition of a bad trip.

Done right, Masha's weird plan might actually have worked. Microdosing is supposed to be subperceptual; you don't actually feel high in any way. The trouble is, Masha wasn't actually microdosing her guests by any responsible definition of the word.

The microdosing protocol suggested by Dr. James Fadiman, a psychedelic researcher who collects diaries from individuals' microdose experiments, is to take one tenth of a standard recreational dose once every three days. That's true micro. You give the brain time to adjust; microdosers like Ayelet Waldman often report that the day after the microdose is their most effective, uplifted one.

Masha's protocol, assuming there was some in every smoothie, was to dose her guests with a tenth of a hit three times a day. That adds up to a full dose in just over three days — or 10 times Fadiman's suggested amount. No wonder the guests started to feel loopy! No wonder Tony the football player had his PTSD flashbacks! No wonder Melissa McCarthy fell asleep in her oatmeal and dreamed of whacking her ex. They were all pretty whacked out.

Not that there's anything wrong with therapy based on a full dose of psychedelics. It just requires more careful attention to set and setting. Therapists will typically put patients on a couch, perhaps surrounded by plants or a nice view of nature, and use headphones to play calming, cosmic music. If they nod off into trippy dreams, there's no oatmeal in the way.

The therapist will remain as a reassuring presence, an un-dosed "tripsitter," in psychedelic parlance. They will most certainly not do what Masha does, dosing herself alongside the Marconi family. Masha's super-intense vibe would make her a terrible tripsitter to begin with. Good thing she brought the un-dosed Yao (Manny Jacinto) along for the ride.

This, then, is what Nine Perfect Strangers, with all is psychedelic positivity, still requires of us. We must see Masha as a necessarily dramatic exaggeration. We must see that what the nine guests achieved, all of their emotional breakthroughs, came despite her version of care, not because of it. And if we are considering microdosing ourselves, we should remember this charismatic well-intentioned character as a cautionary tale of how not to do it.