An opposition party candidate running for a municipal position in St Petersburg, Russia, is competing against at least two other people who not only legally changed their names to his, but also borrowed his physical appearance to confuse voters.

Russian opposition politicians are used to running against candidates with the same surname, it’s a commonly used tactic that can derail a few precious votes in close elections, but Boris Vishnevsky’s case stands out. A senior member of the liberal Yabloko party running for public office in a district of Saint Petersburg, Vishnevsky already knew that two of his opponents had recently changed their names to “Boris Vishnevsky” to confuse voters. What he didn’t know was that they’d stolen his look as well. In a district voting poster showing the three candidates side by side, it’s difficult to tell them apart, because they all look nearly identical. 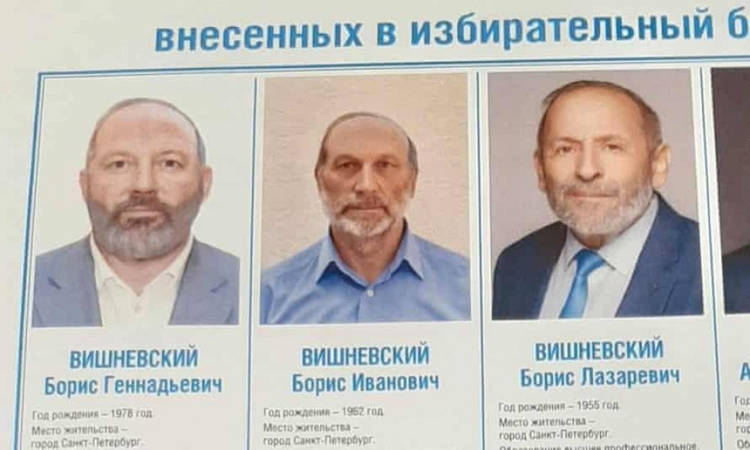