Should Studios Worry About Congress' Next Big Labor Fight? 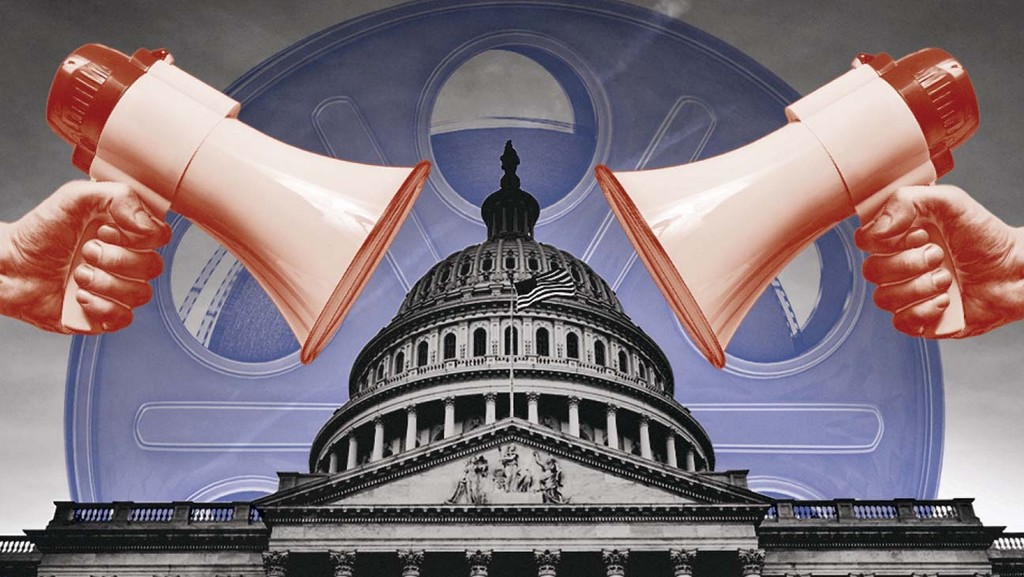 The PRO Act, which passed the House, would reclassify many workers across the country, making unionizing easier.

Before Hollywood’s workforce was temporarily sidelined by the pandemic, it was California’s AB 5 law that was a hot topic among studio executives worrying about their bottom lines.

The bill, which Gov. Gavin Newsom signed into law in September 2019, reclassified many independent contractors as employees — or, at least, it aimed to do so before waves of litigation and lobbying caused the state to dole out exemptions like Ugg boots on a segment of “Oprah’s Favorite Things.” Now, worker classification legislation has gone national.

In California, AB 5 codified a test used by the state’s supreme court in a dispute involving trucking company Dynamex. Under that ABC test, a worker is presumed to be an employee unless they meet three criteria — one of which demands that “the worker performs work that is outside the usual course of the hiring entity’s business.” AB 5 was targeted at gig-economy jobs like those offered by Uber, which tried to get around that requirement by arguing its contractors are drivers and it is a technology company. California voters in November made that argument moot by approving Proposition 22, which explicitly classified app-based drivers as independent contractors.

Meanwhile, in D.C., the Protecting the Right to Organize Act of 2021 (PRO Act) was introduced in February by Rep. Bobby Scott (D-VA) and passed the House on March 9. It’s now sitting in the Senate Committee on Health, Education, Labor, and Pensions. And, while experts doubt the PRO Act now has enough votes to pass the Senate, they expect that the reclassification fight will become a big issue.

The PRO Act would amend multiple federal statutes, including the National Labor Relations Act, in an effort to make it easier for workplaces to unionize — but it also redefines who’s considered an employee, using the Dynamex test.

While Hollywood workers already covered by a guild or union collective bargaining agreement wouldn’t be affected by the PRO Act, other contractors — like music supervisors, personal assistants and some producers — could find themselves eligible to organize if it passes.

And, since California has already gone to war over the ABC test once, its businesses have a head start over other hubs like New York and Georgia, which haven’t yet dealt with such restrictive standards for worker classification.

“It would give California back an advantage, at least for a time,” says Greg Zbylut, a CPA and tax lawyer, adding that other states would likely draft legislation to create their own industry-specific carve-outs. "States can't be broader than the federal government, but they can be narrower. There's nothing that's going to stop a state from coming back and saying, 'We want to narrow this and make it more restrictive.'"

In California, it could create situations where a worker is an independent contractor under AB 5 for wage and hour purposes but would be an employee when it comes to organizing and collective bargaining. “It’s creating a patchwork of compliance issues for employers nationwide,” says Fox Rothschild partner Sahara Pynes, who specializes in employment matters. “It really gives the unions a lot of juice to negotiate for more workers and makes it more likely that workers would want to unionize.”

Christopher Thornberg of Beacon Economics says no one likes workers being taken advantage of, but this bill is like "using a shotgun to kill a mosquito." He doubts it will pass but says if it did, all hell would break loose. "Our government is driven more by narrative than data," he says. "They should look at what happened in California and see it wasn’t reasonable."

Adds employment lawyer Ann Fromholz, “It’s going to significantly change the way companies operate. There will be lawsuits from every industry that’s affected by this."

A version of this story appeared in the April 7 issue of The Hollywood Reporter magazine. Click here to subscribe.