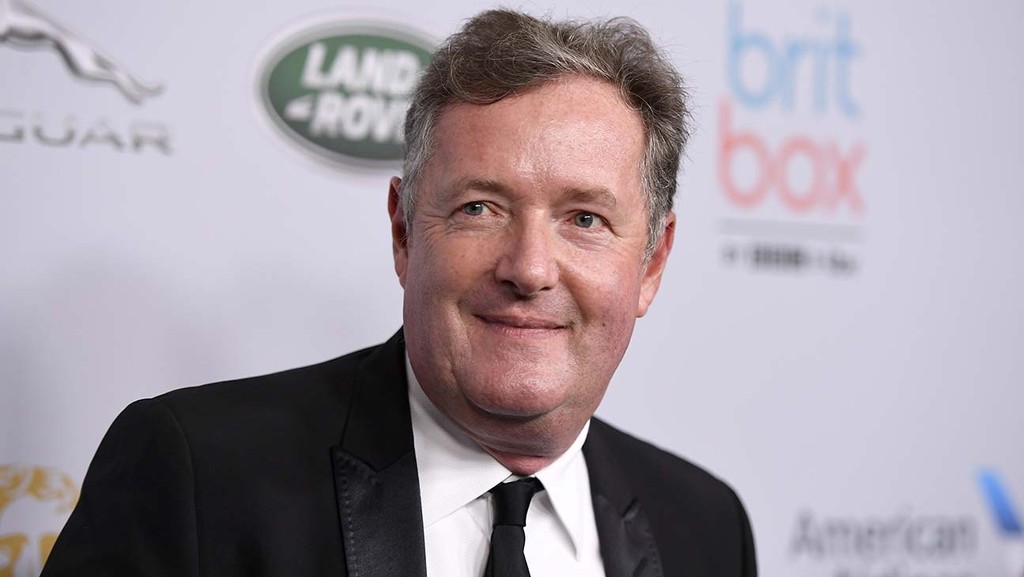 The former 'Good Morning Britain' host expressed annoyance at Sharon Osbourne's ouster from the 'The Talk,' Don Lemon and "cancel culture" in a new interview with Tucker Carlson.

In his first televised interview since his exit from Good Morning Britain, Piers Morgan maintained that he does not believe Meghan Markle's claims, including those she made about her mental health, in her and Prince Harry's March 7 interview with Oprah Winfrey.

In an interview on Fox Nation's Tucker Carlson Today that lasted over an hour and 15 minutes and in which he called the Oprah interview an "undiluted whine-a-thon," Morgan again questioned the veracity of Markle's remarks and blasted "cancel culture" as well as his friend Sharon Osbourne's decision to leave The Talk after she defended Morgan on-air.

"I still don’t believe what they were saying and in particular I don’t believe what Meghan Markle said,” Morgan said Monday of the Duke and Duchess of Sussex's Oprah Winfrey interview. Morgan's March comments about Markle on Good Morning Britain launched the most complaints to U.K. regulator Ofcom in its history and Morgan quit the morning show a day after he made the comments. In particular, Morgan took issue with what he said were "17 different claims by the pair of them [that] have now been proven to either be completely untrue or massively exaggerated or unprovable."

Of Markle's comments about her mental health, Morgan said "it’s not for me to say that she felt suicidal, that’s not for me to know" but that he doubted she met with members of the royal household and was rebuffed by the institution. Of her comments that an individual or individuals in the royal family had "concerns and conversations about how dark [her first child Archie's] skin might be when he's born," as Markle said in the Oprah interview, Morgan said, "If you’re going to accuse someone of racism, then you better put up some facts.” He added, "My problem with this whole interview was these incredibly damaging allegations were tossed out there and none of them were challenged properly."

Of U.K. press reports that Markle herself filed an ITV complaint against him, Morgan said, "I should be able to be a journalist and question the veracity of those statements."

Several times during the interview Morgan criticized The Talk's handling of Sharon Osbourne's on-air defense of him. Morgan said Osbourne "was bullied into apologizing for defending me against a disgusting slur that I’m a racist.... And then she lost her job anyway."

After Osbourne's defense of Morgan on the show on March 10, former co-hosts Leah Remini and Holly Robinson Peete accused Osbourne of previously making racist comments. In a statement about her departure from the show, CBS said in part, "As part of our review, we concluded that Sharon’s behavior toward her co-hosts during the March 10 episode did not align with our values for a respectful workplace."

Morgan also touched on CNN anchor Don Lemon several times, who hosted a discussion about Osbourne's defense of Morgan. "I would like Don Lemon to think again about what he said about me," Morgan said.

Another recurring theme of Morgan's was his belief that Markle and Prince Harry were continuing to profit from the very institution their interview criticized. Of their deals with Spotify and Netflix, Morgan said, "They’re getting them because they’re the Duke and Duchess of Sussex, they’re getting them off their royal titles, the royal titles bestowed on them by the very institution that in the interview with Oprah Winfrey they say they can’t stand and is suffocating and traps them and so on and so on. But you can’t have it both ways.” He called for both to “give up their titles."

Though he railed against "cancel culture" several times during the interview, Morgan also said he hadn't been "canceled" and was going to take a few months off and "get fit" before looking to start working again. He added that on walks around West London he has received "universal support" for expressing his opinion, even from those that didn't agree with him.