This Shiny Sphere Is the World’s Roundest Object

Made out of a single, very expensive, crystal of silicon-28 atoms, and extensively analyzed for imperfections by both humans and computers, this “nearly perfect” sphere is the world’s roundest object.

The surface of the world’s roundest object is so smooth that if you were to blow it up to the size of our planet, the difference between the highest peak and the lowest valley would be between 3m and 4.5m (10 and 15 feet). It used to be around 15m back when scientists started making these amazing spheres, but technology has gotten better at smoothing out even the tiniest wrinkles. However, creating such a wonder isn’t cheap. The silicone crystal alone costs around $1 million, while the sphere itself, although often described as priceless, costs around $3.5 million. 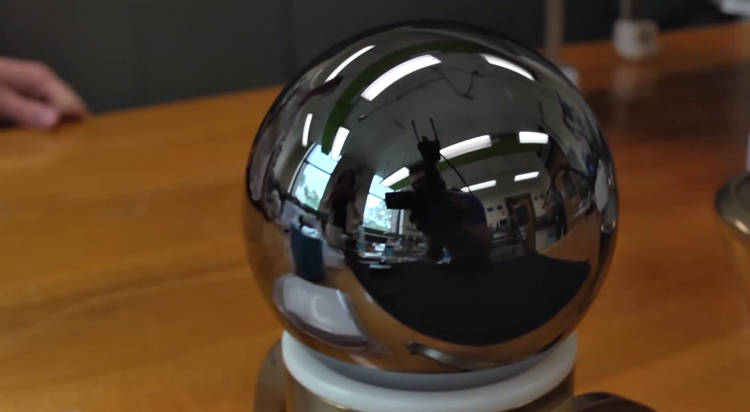