Joel Stein: How I Made Up With My Agent (Guest Column) 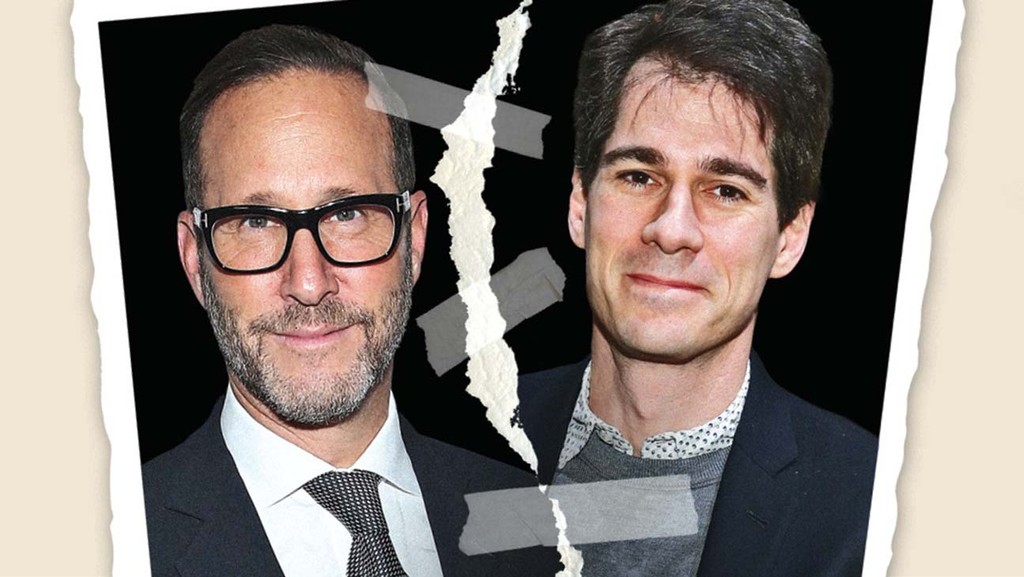 Twenty-two months after leaving his WME rep amid a union standoff, the TV comedy writer calls WGA president David A. Goodman for tips on mending the relationship: "You can blame me."

I don’t know if you’ve ever experienced the pain of being told that you can’t talk to the most important person on your representative team because your union disagrees with his agency about packaging. It is the kind of loss you can only understand if you’ve emailed an executive’s assistant all by yourself to re-re-reschedule a meeting.

So I was thrilled on Feb. 5, when the WGA announced that it had settled with the final agency it was negotiating with, WME, which had represented me. I could finally reunite with my agent of 22 years, Richard Weitz, a man my wife calls God for the deals he’s gotten me. At least I hope that’s why.

To my shock, some writers aren’t going back to their agents, having gotten used to applying for their own jobs and negotiating their own salaries, like people in every other single industry in the entire world. But even though my lawyer, Jared Levine, did a great job negotiating a CBS pilot for me last year, I never considered not rehiring my agent, Richard Weitz. I knew all the opportunities he has gotten me, how much he’s taught me, and how much I liked telling my family that I have a Hollywood agent. Still, before I took Richard back, I wanted to make sure his other clients were returning. After all, I had fired him solely because other writers did. I wanted to make sure I was once again doing what all the cool writers were doing.

Family Guy co-showrunner Rich Appel told me that, sure, he had pranked WME every few months by asking to have his contracts forwarded to “Jay Park” or “Matt Jacobs” or some other agent he made up. But he had already reunited with Richard. “After 15 years, we have become friends. And as enjoyable as it was to fire a friend once, it seems excessive to do it twice,” he explained.

After talking to Appel, I found out that the decision wasn’t only mine to make. At all. Agents are not taking back all their clients now that we can’t be packaged and are only worth 10 percent of what we make. Especially clients such as me this past year, because 10 percent of zero isn’t a lot.

I had to win Richard back. Sure, he and I have been through a lot together. But he’s also been through a lot with Tina Fey, Ricky Gervais and Ramy Youssef. He might not remember what he and I have been through. And since our parting, our careers diverged even further. During the pandemic, Richard and his daughter Demi became famous, throwing star-studded online concerts with performers such as John Legend, Dolly Parton, The Killers, Josh Groban and Lin-Manuel Miranda, raising more than $18 million for charities, while I had been a guest on several podcasts.

Plus, it was possible that Richard was bitter about our breakup. The guild announcement said that “WGA and WME have also agreed to withdraw the legal claims each has brought against the other in federal court.” I had apparently sued Richard in federal court, which sounded like some real irreparable Kramer vs. Kramer stuff. I needed Richard to understand that while suing someone in federal court sounds bad, it’s actually something I do all the time for no better reason than getting a check for $1.29 in the mail and a long letter in tiny print I don’t even read.

Plus, when I sold that CBS script, I didn’t put 10 percent of my earnings in escrow to give to WME later, as some writers did. I didn’t do it because I am very cheap, the union rules disapproved of it, and in order to figure out what escrow is, I would need to hire an agent.

I had no idea how to approach Richard after all this. So I called the person who put all of us writers in this position, WGA president David A. Goodman, who, like apparently everyone in Hollywood, had been a co-showrunner of Family Guy. “You can blame me,” Goodman suggested. “Say, ‘Who is this guy? The guy who owes everything to Seth MacFarlane? He’s a total loser. No one heard of this guy and I have to listen to him because no one else wants to be president.’”

Goodman advised that I kiss up to Richard, while at the same time talking myself up. “Tell him, ‘I was able to sell a pilot script to CBS on my own, but you would have gotten it picked up.’ It’s like dating. You have to make them feel needed but also feeling you’re valuable.” I asked him if that’s what agents really want. “If I knew that, we would have been able to figure out this agreement a while ago,” he said.

So five days before Valentine’s Day, I mustered my courage to call Richard late one afternoon. He picked up right away, giving me hope. Richard was driving to Dodgers Stadium, to scout areas for the online benefit concert he threw there last Friday for the Los Angeles Regional Food Bank with guests Magic Johnson, Robin Thicke and Charlie Puth. I was on my way to the bathroom to finally shower.

Then he got real. A lot of people think Hollywood is phony and shallow. But Richard called me on my birthday when we separated. He talks to my wife on the phone. His father has called me about my books. His daughter has talked to me about her college applications.

Our relationship wasn’t just about packaging, fees and business. It was also about Richard’s ego. I was valuable because I wrote articles about him. “And I appreciate your loyalty that you’ve been on all 40 of my Quarantunes to make sure you weren’t out of sight, out of mind. And my dad is a huge fan of your books and articles and would be disappointed if I didn’t take you back.”

I asked him if this meant we were back together after our break. He reminded me that after midnight one night last fall, in the seventh hour of one of his Quarantunes, he started talking to me with about 100 people watching. I had asked if he’d take me back when this union fight was over. He announced that he would if I wrote a great script, publicly apologized and got a haircut.

I had done two of those things. “And I’m working on the script,” I told him.

“Do you believe that part about the great script?” I asked.

I’m about to have a career again.

A version of this story appeared in the Feb. 17 issue of The Hollywood Reporter magazine. Click here to subscribe.