Reporter Gets Robbed at Gunpoint During Live Segment

An Ecuadorian TV reporter and his camera crew got the scares of their lives after being held at gunpoint by a masked robber, while doing a live piece.

On February 12, Diego Ordinola, a journalist for Ecuador’s DirecTV Sports, was reporting from outside the Isidro Romero Carbo Monumental Stadium, the home of the Barcelona SC soccer club, when a man wearing a baseball cap and face mask approached him and pulled out a gun. The masked assailant can be heard asking for the crew’s telephones, and as soon as one of them hands over their smartphone, he runs off, leaving the team in shock. 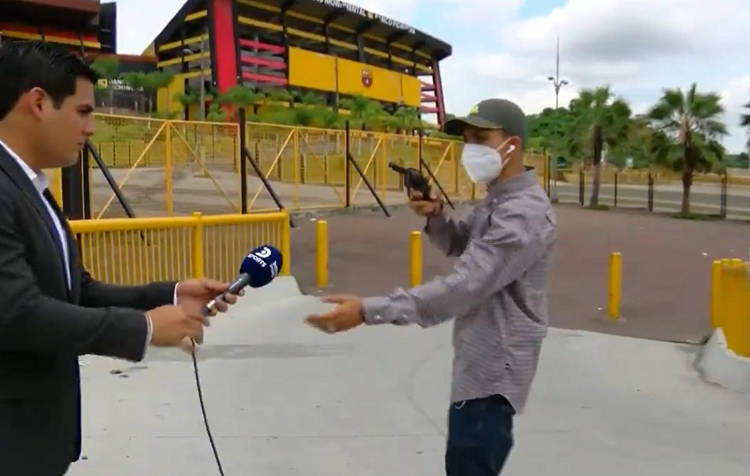