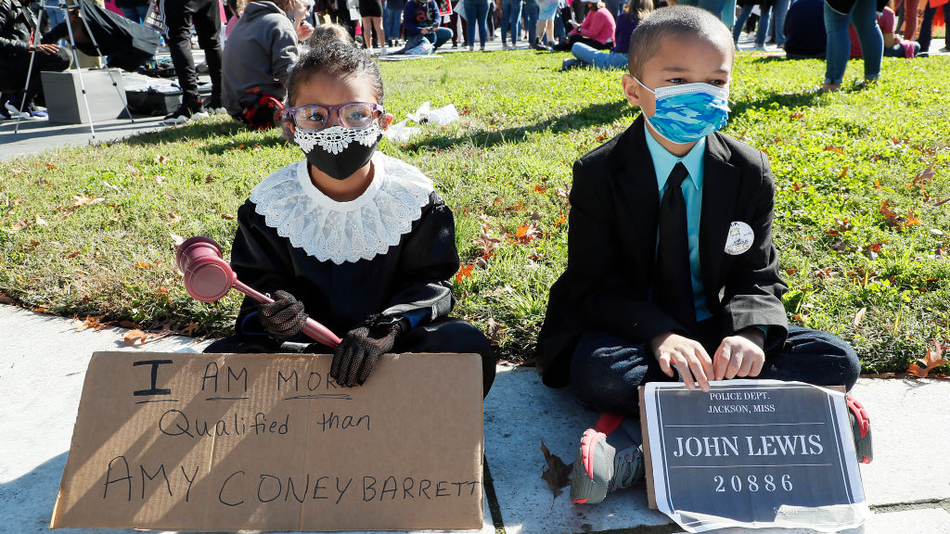 "His presidency began with women marching and now it’s going to end with woman voting. Period."

That was Women's March executive director Rachel O'Leary Carmona speaking on Saturday in Washington, D.C. to kick off a day of protest. It was almost four years ago now, just a day after Donald Trump's Jan. 20, 2017 inauguration, that thousands of protesters converged on D.C. to protest the seating of a president who speaks for less than half the country.

That was the first official Women's March of the Trump era.

Now, on Oct. 17, 2020 and with just a couple weeks to go before voters (or perhaps the courts) decide whether or not Trump gets a second term, it's the perfect moment for another such rally. There were plenty to go around on Saturday, with protesters gathering in major cities and small towns from coast to coast to publicly voice their dissatisfaction with four years of regression under Trump. Read more...