Footage of a young cleaning woman who appears to be drinking water straight out of a toilet has sparked a heated debate on Chinese social media this week.

The caretaker of a fertilizer company located in Shandong province, China has put herself at the center of controversy after a video showing her drinking water out of a toilet she had previously cleaned went viral online. The young woman, surnamed Luo, reportedly resorted to the extreme gesture in order to impress her bosses, who can be seen applauding her as she downs a plastic cup of toilet water. Accused of encouraging the employee to humiliate herself, representatives of the company insisted that the caretaker’s gesture was voluntary, adding that she has done drunk toilet water several times over the last couple of years. 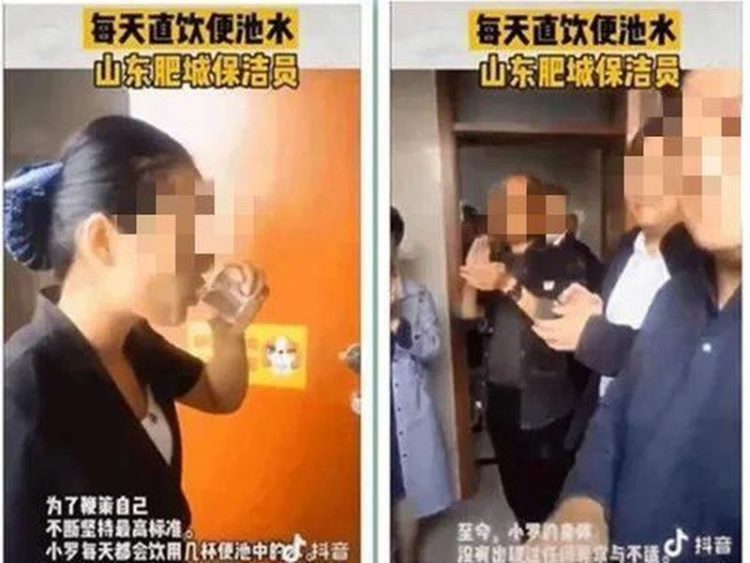