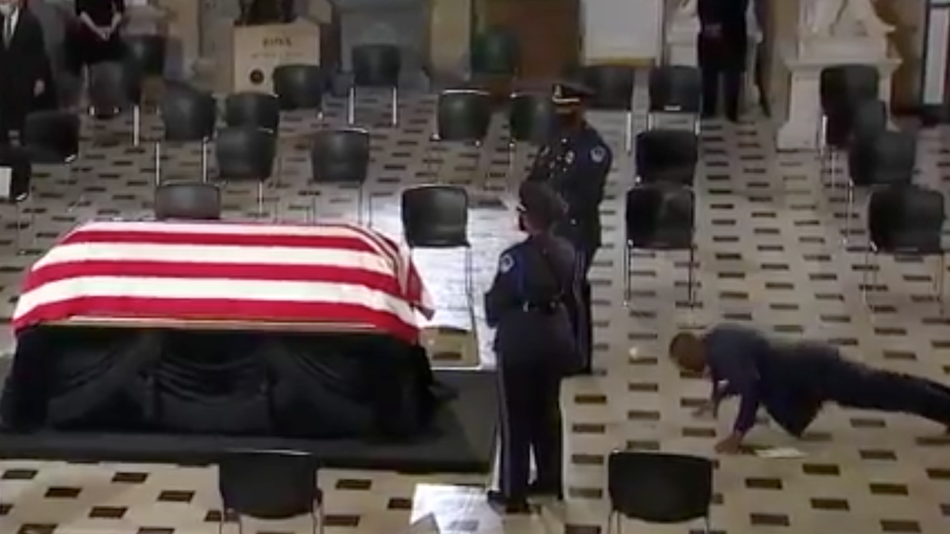 The death of Supreme Court Justice Ruth Bader Ginsburg has left many Americans mourning. The "Notorious R.B.G.," as the internet lovingly referred to her, was known for many things, one of them being her exercise routine.

Even as an octogenarian, Ginsburg kept up her routine with the help of personal trainer Bryant Johnson. The two began working together in 1999 after her first bout of cancer, according to USA Today. Ginsburg even continued her routine after receiving radiation last summer.

During her memorial service Friday, Johnson honored R.B.G. by doing three push-ups in front of her casket at the U.S. Capitol: Read more...