Sports are usually associated with skill and effort, be they physical or mental, but in Vinkensport or vinkenzetting (literally ‘Finch Sitting), a traditional animal sport practiced in the Dutch-speaking region of Flanders, it’s all about sitting down and listening to birds singing.

In Vinkensport, small cages are lined up in a row about six feet apart on the street. Inside each box is a single male chaffinch whose job is to produce as many bird calls as possible in one hour. Sitting in front of the wooden cages are their owners, the vinkeniers (“finchers”) who tally the bird songs with chalk on a large wooden rod. Each chalk line represents one complete bird call which ends in a characteristic flourish known as a susk-e-wiet. Judges walk along the row of cages to make sure no one cheats. The chaffinch with the most bird calls in an hour is declared the winner. Vinkensport is a very passive sport, some would even call it boring, but it is also a very controversial one. 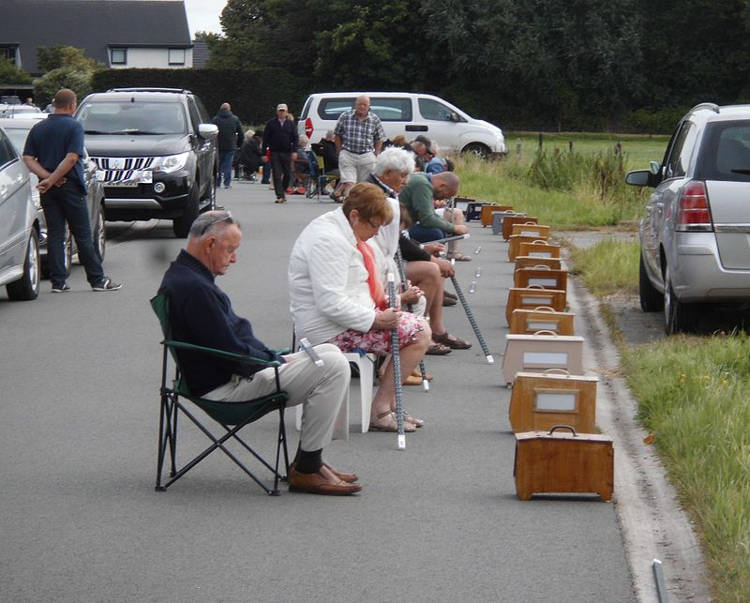