Who Knew There Was Such a Thing as Albino Cucumbers?

If you’re tired of growing or eating the same old green cucumbers, you’ll be pleased to hear that there is actually an alternative – albino cucumbers.

As their name suggests, these heirloom cucumbers are a bright white, even though the stalks they grow on have a common dark green foliage. Albino cucumbers don’t simply occur as an anomaly, although that may have been the case with the first such specimen. They are actually a slowly developed variety of cucumber that dates back to the 1893, when the Burpee seed company featured it in its famous catalog for the first time. It had been sent in by a customer in 1890, and Burpee spent the next three years breeding and evaluating the plant before launching it commercially. 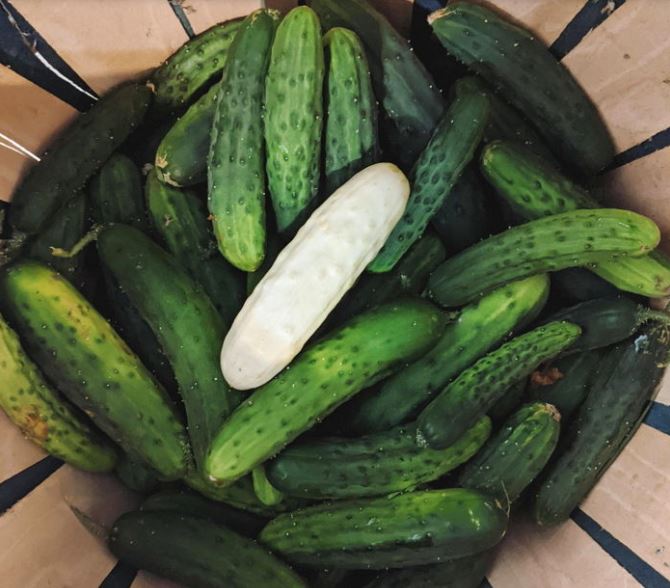