Photos of chicken eggs with a dark green yolk have been doing the rounds on social media these days, puzzling both veterinary experts and the general public.

Originally thought to be the result of digital image editing, the viral photos were eventually traced back to Ak Shihabudheen, a chicken farmer from Malappuram, who confirmed that some of his poultry do in fact lay eggs with green egg yolks. To prove his claims, the young farmer even posted a video of himself cracking open an egg and revealing the dark green yolk. He recently told reporters that journalists and veterinarians from all over India have contacted him about his strange eggs in recent days, but he declares himself just as puzzled as everyone else. 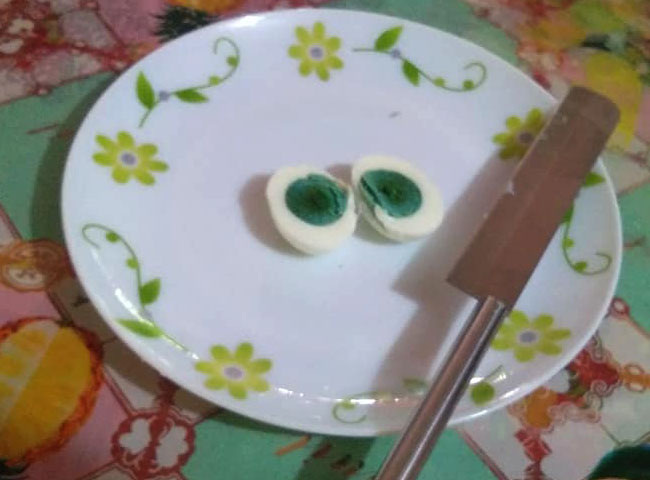