Yartsa Gunbu, a fungus that infects ghost moth caterpillars on the Tibetan Plateau, is considered by far the most expensive parasite in the world, fetching up to $50,000 a pound.

A close relative of the tropical parasite that infects ants and turns them into zombies, Ophiocordyceps sinensis is only found on the Tibetan Plateau, where it infects the larvae of ghost moths while they are buried deep underground and feeding on plant roots. The larvae are most vulnerable in the summer, when they shed their skins, becoming more easily infected. The parasite slowly grows in its hose by consuming it during the fall and winter, and just when the snow starts to melt, it pushes its dying larvae host upward and grows a plant-like, spore-filled stalk that pierces the ground, becoming the way to spot the valuable Yartsa Gunbu. It is then harvested by local villagers and sold modest prices that turn into a fortune as the fungus passes through several middleman, costing the final client more that three times its weight in gold. 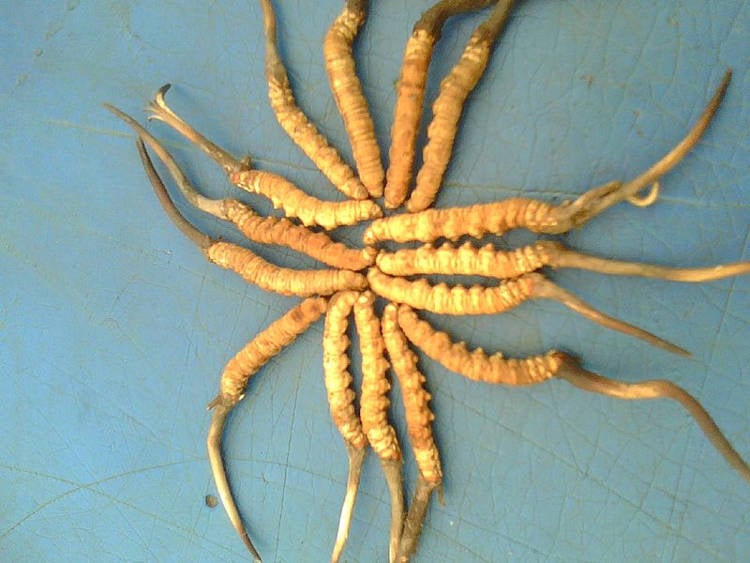