The most interesting sight of Taganai Park, in the southern Ural Mountains, Big Stone River consists of thousands of large stone boulders cutting a path through a thick forest of pine trees.

Stone rivers, also known as stone runs, can be found all over the world, from Bulgaria’s Vitosha Mountains, to the Falkland Islands, but none are as impressive-looking as the Big Stone River, in Russia’s Chelyabinsk Oblast region. Spanning 6 km long, this gigantic conglomeration of boulders starts off as several small “streams” with and average width of 20 meters that later join to form a large stone river with an average width of 200 meters (in some places up to 700 meters). Big Stone River is considered the most interesting sight of Taganai Park, and one of the most impressive in all of Russia. 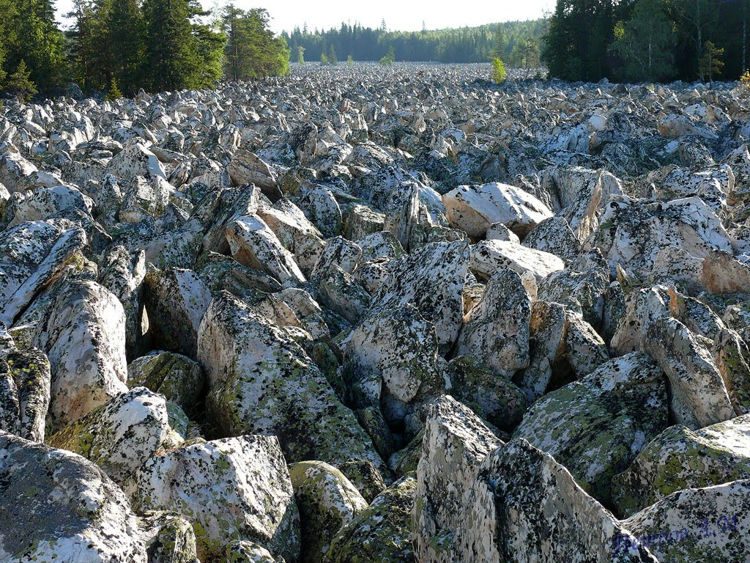